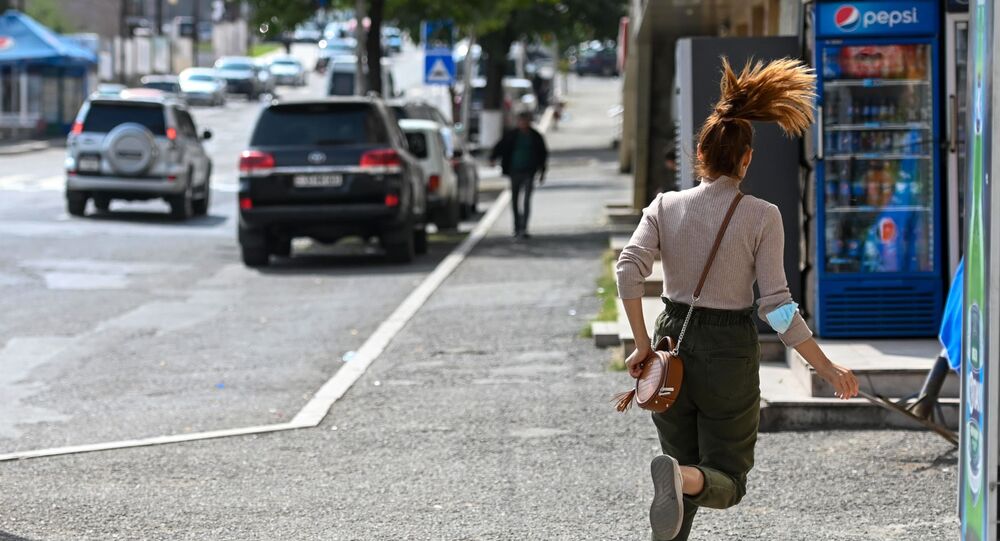 STEPANAKERT (Sputnik) - Powerful blasts were heard in the centre of Stepanakert, the capital of unrecognized Nagorno-Karabakh Republic, on Saturday morning, a Sputnik correspondent reported.

After each explosion, the distinctive sound of shrapnel peppering the area was heard.

It is unclear what targets were hit.

The blasts came after air raid sirens went off in the city. The Armenian Defence Ministry said that exchanges of fire with Azerbaijani forces continued at the contact line in Nagorno-Karabakh.

A fresh spark in the conflict between Armenia and Azerbaijan in the disputed Nagorno-Karabakh region started at the end of last month. Yerevan and Baku have both accused each other of violating the 1994 ceasefire and causing civilian casualties. Amid continued fighting in Nagorno-Karabakh, several countries, including Russia, the United States, and France, have urged parties to exercise restraint and to resume negotiations without pre-conditions.