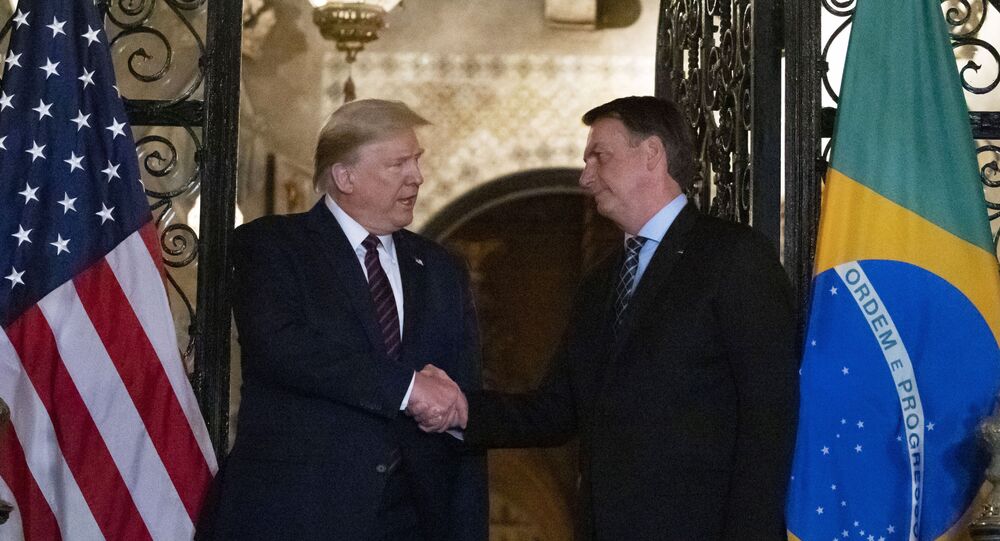 At least 34 million COVID-19 cases and 1 million deaths have been reported around the world as of 2 October, according to the WHO.

US President Donald Trump and his wife recently became the latest additions to the list of prominent politicians and public figures all over the world to get infected with COVID-19 amid the ongoing global pandemic.

Here's but a brief overview of some of the more "high-profile" "victims" of the disease that's been ravaging the world throughout this year.

Early on 2 October, Donald Trump tweeted that he and his wife Melania both "tested positive" for COVID-19, adding that both he and FLOTUS are going to begin their "quarantine and recovery process immediately".

An outspoken critic of the lockdown measures used to curb the spread of the pathogen during the early stages of the pandemic, Brazilian President Jair Bolsonaro announced in July that he had tested positive for the coronavirus.

Delivering this reveal during a TV broadcast, Bolsonaro said he had started taking the anti-malaria drug hydroxychloroquine to cure the disease.

On 27 March, UK Prime Minister Boris Johnson announced that he had tested positive for COVID-19, and was admitted to a hospital ten days later after struggling to beat the symptoms of the disease at home.

After undergoing intensive care treatment he was discharged from the hospital on 12 April.

Prince Charles, heir apparent to the British throne, ended up self-isolating at home in Scotland with his spouse after testing positive for COVID-19 in March; days later, the prince emerged victorious from his personal battle with the malady.

Late in July, Belarusian President Alexander Lukashenko announced that he had an asymptomatic form of COVID-19, adding that he managed to endure the disease "on his feet".

On 30 April, Russian Prime Minister Mikhail Mishustin revealed that he had contracted COVID-19, notifying Russian President Vladimir Putin about this development and suggesting that Deputy Prime Minister Andrey Belousov be appointed as the acting prime minister until he gets well and is able to fully return to work.