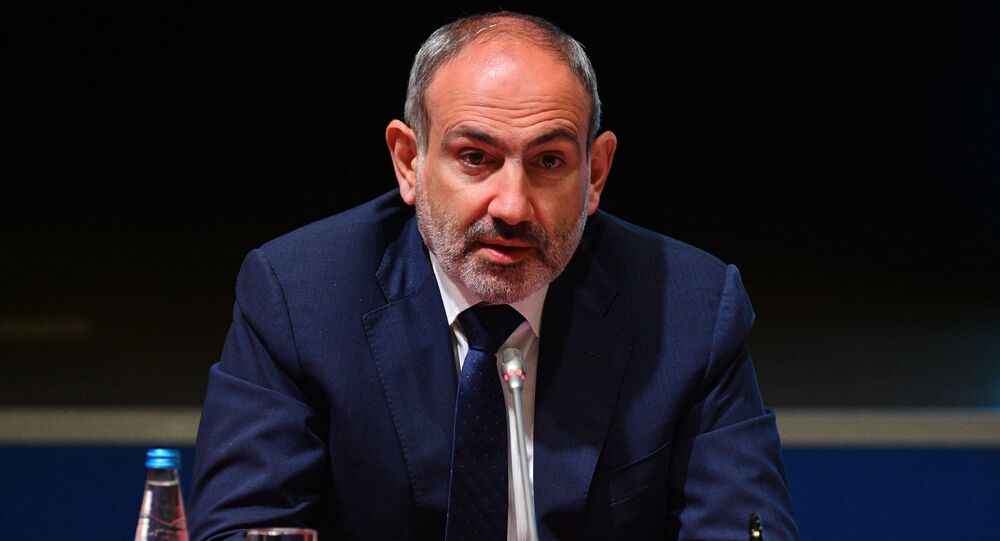 Armenia previously accused Turkey, a historic ally of Baku, of sending mercenaries to Azerbaijian to back it in the Nagorno-Karabakh conflict. On 1 October, Turkish President Recep Tayyip Erdogan said Ankara will support Azerbaijan by any means, which is in line with the "two states, one nation" principle.

Armenia has evidence that the Turkish military command is controlling Azerbaijan's military operations in Nagorno-Karabakh, Armenian Prime Minster Nikol Pashinyan told French newspaper Le Figaro. The Armenian PM told the newspaper that Turkey should be excluded from the Organisation for Security and Co-operation in Europe (OSCE) due to its aggressive and biased stance on the Nagorno-Karabakh conflict.

Pashinyan stressed that those who started the ongoing conflict should put an end to it, pointing the finger at Ankara and Baku.

The Armenian prime minister said that 30 percent of the people killed on the Azerbaijani side are foreign fighters and noted that Ankara had decided to head military operations against Yerevan as Baku is unable to control mercenaries.

The prime minister noted that Ankara is not only controlling Baku's military operations in Nagorno-Karabakh, but supporting Azerbaijan militarily.

"The international community, in particular, the American public, must know that the F-16 made in the United States are now being used to kill Armenians in this conflict. There is proof that Turkish military commanders are directly involved in leading the offensive", the prime minister said.

Yerevan previously said that a Turkish F-16 had downed one of its Su-25 jets, a claim which Ankara categorically denied calling it "a lie and yet another fantasy of the Armenian military propaganda machine".

Pashinyan made a reference to the Armenian genocide, as he said that Turkey wants to finish what it started 100 years ago – to exterminate Armenians.

Bad Blood Between Turkey and Armenia

Relations between Armenia and Turkey have been strained over the mass killings of Armenians during World War I. Between 1915 and 1917 forces of the Ottoman Empire killed more than 1.5 million Armenians, which Yerevan says amounts to genocide. Armenia’s claim is recognised by about 30 countries, but Turkey denies the accusations of genocide and says both Turks and Armenians died as a result of the conflict. Ankara also believes the death toll is much lower, just hundreds of thousands.

The Nagorno-Karabakh region is formally part of Azerbaijan, but the majority of the population is Armenian. In 1988 it expressed a desire to become part of Armenia. This resulted in clashes among civilians. In 1991, when the Soviet Union’s collapse was nearing Nagorno-Karabakh declared independence, which sparked a full-blown war between majority-Christian Armenia and majority-Muslim Azerbaijan. The war lasted until 1994 when the two sides signed a ceasefire agreement mediated by the OSCE Minsk Group, co-chaired by France, Russia, and the United States. Despite the agreement, tensions and fighting have sporadically occurred between the two sides.