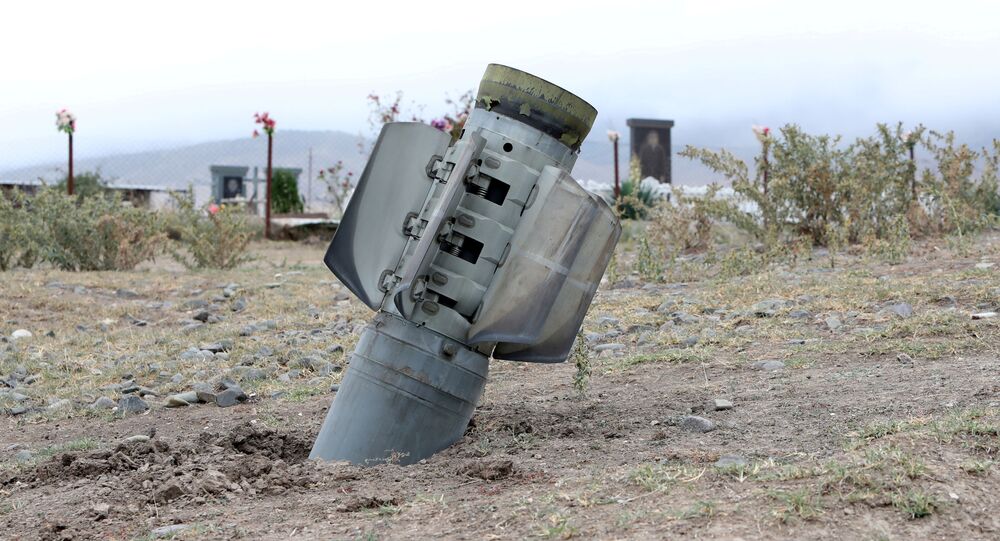 On 1 October, Russia and France said foreign fighters from Libya and Syria, including jihadist groups were being transferred to participate in the ongoing hostilities between Azerbaijan and Armenia. The international community has condemned the fighting and urged both countries to resume negotiations.

Armenia's Foreign Ministry says Yerevan is ready to work with the Organisation for Security and Cooperation in Europe to re-establish a ceasefire in Nagorno-Karabakh.

"We welcome the statement from the OSCE’s co-chairmanship, which strongly condemned the use force in the conflict zone. Armenia is committed to a peaceful resolution of the dispute. We will continue to repel Azerbaijan’s aggression, but at the same time we are ready to work with the OSCE Minsk Group to re-establish a ceasefire, based on the agreements signed in 1994-1995”, read a statement released by the Armenian Foreign Ministry.

The statement comes as fighting between Armenia and Azerbaijan over the breakaway region of Nagorno-Karabakh enters its sixth day. Both sides have reported multiple casualties, military and civilian, and claimed to have destroyed each other’s military equipment. The two nations also declared martial law after hostilities began on 27 September.

Both sides blame each other for provocations that sparked the fighting.

Co-chairs of the OSCE Minsk Group - France, Russia, and United States – have condemned the ongoing fighting between Yerevan and Baku and urged the sides to resume negotiations. However, Turkey, a historical ally of Azerbaijan, has criticised the group, saying calls for a ceasefire are "unacceptable" and don’t make sense.

French President Emmanuel Macron said Paris has information that Syrian militants have been transferred to Nagorno-Karabakh. Macron said they were flown out of Turkey to Baku. Turkish President Recep Tayyip Erdogan previously said that Ankara would support Azerbaijan in the conflict with Armenia by any means.

The Nagorno-Karabakh conflict has lasted for decades. The region is formally part of Azerbaijani territory, but the majority of the population there is Armenian. In 1988 local authorities voiced their desire to unite with Yerevan. The move sparked clashes and ethnic cleansing, which boiled into a full-blown war between Yerevan and Baku, when the region declared independence from what was then Soviet Azerbaijan in 1991.

Thirty thousand people died and more than one million people were displaced during the fighting, which ended in 1994 with a ceasefire mediated by the OSCE Minsk Group. But tensions between the two countries have continued and in 2016 the sides saw another escalation.