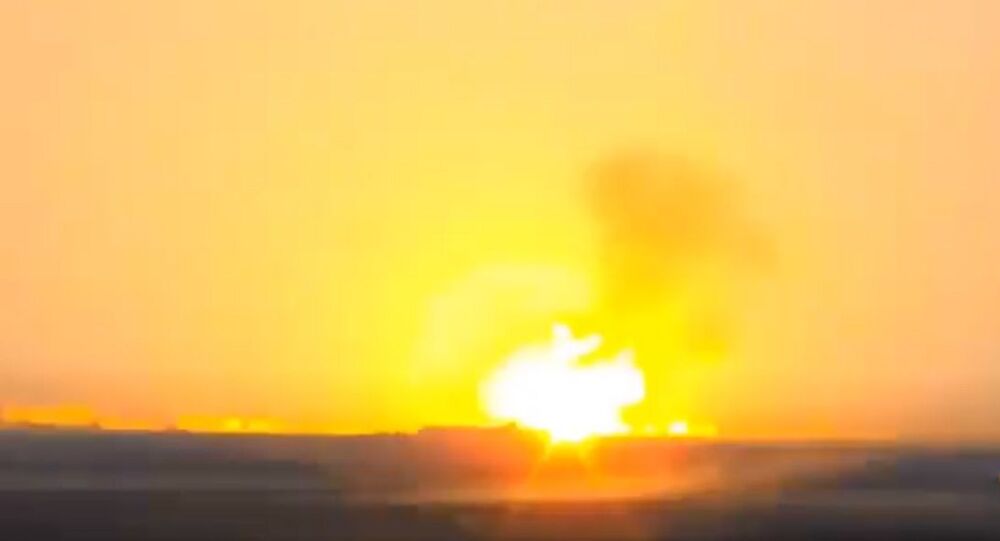 Fireball & Black Smoke: Video of 'Destruction of Azerbaijani Helicopter' Shared by Armenian Side

On Thursday, the Armenian Defence Ministry reported that three Azerbaijani combat aircraft and two helicopters had been downed in just one day. Baku has, however, denied these claims.

The Armenian Ministry of Defence has published a video depicting the alleged destruction of a helicopter from the armed forces of Azerbaijan.

The chopper is said to have been shot down the day before, on 1 October, by the Nagorno-Karabakh forces. The video shows a huge fireball, and a few seconds later, the aircraft, which is engulfed in flames, descends, leaving behind a black cloud of smoke.

Amid a new wave of hostilities in the Nagorno-Karabakh region, the ministry also said that at night the situation on the front line was tense, as firefights continued.

On Thursday, Nagorno-Karabakh forces claimed to have downed three Azerbaijani planes and two helicopters. The Azerbaijani Defence Ministry said that the country did not use any combat planes and helicopters in Karabakh on Thursday, therefore claims that any aircraft had been downed could not be true.