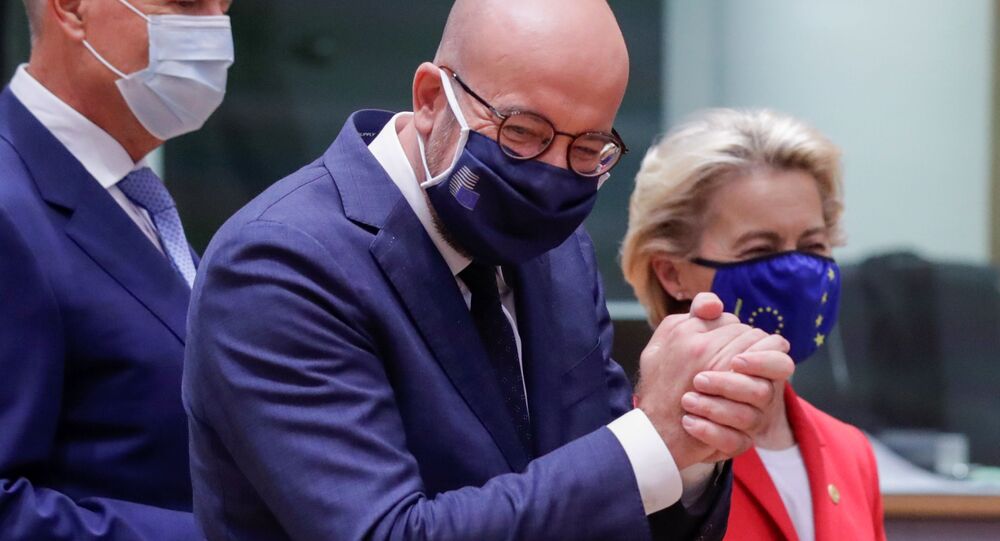 During the EU Summit on Thursday, European leaders focused on, among other topics, relations with Turkey and China and the current situation in the Eastern Mediterranean.

Ankara must prove its readiness for constructive cooperation with the European Union, otherwise, the bloc will act in a more decisive manner, European Council President Charles Michel announced at a press conference following the summit.

"It is now Turkey that has to prove that it wants to go a constructive road with us. And this is the offer tonight. But we are very clear that in the opposite case, we have all necessary tools at our disposal", EU Commission chief Ursula von der Leyen said.

The EU is still open to dialogue with Turkey on the Eastern Mediterranean, but it is ready to exercise a principled stance, Michel stressed.

Von der Leyen said there are two "toolboxes" for the EU when dealing with Turkey, which Michel described as a "two-track approach": pursuing a positive dialogue but at the same time, being ready to respond to "renewed provocations".

One includes "all necessary tools" to penalize Ankara if it takes unilateral steps in violation of int'l law. "We can trigger them immediately," she says, adding she'd prefer positive dialogue. pic.twitter.com/cBTJ6UfE11

We have agreed on a two track approach to #Turkey.

We want to give a chance to political dialogue. But in case of renewed provocations we will use all instruments at our disposal. pic.twitter.com/6lxe2ygBoh

The diplomat added that the leaders of the EU nations will return to discussions on EU-Turkey relations during the summit in mid-December.

Earlier, EU High Representative for Foreign Affairs and Security Policy Josep Borrell said it was time for the EU to make a decision on its relations with Ankara, stressing the need to avoid escalation in the Mediterranean.

The situation has escalated in the Eastern Mediterranean recently after Turkey began exploration drilling in Greek-claimed waters in early August. Greece considers this territory to be its exclusive economic zone and has mobilised its armed forces to high alert, vowing to protect its sovereign rights by all means.