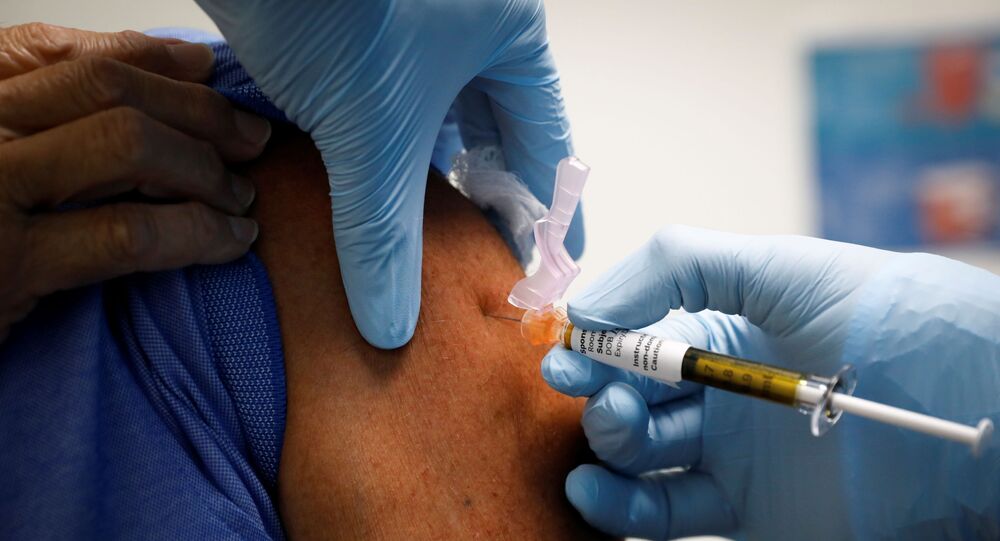 MOSCOW (Sputnik) - COVID-19 vaccines that use new platforms, such as monkey adenoviral vector platform or MRNK, to induce an immune response should be studied for possible long-term effects even as they pass phase 3 trials, Prof. Sergey Tsarenko, the deputy chief physician for anesthesiology and reanimation at the Hospital No. 52 in Moscow, said.

"We believe that new vaccines based on new platforms need to be checked for lack of long term consequences even if they complete phase 3 trials", Tsarenko said as the US Food and Drug Administration (FDA) expands its safety probe into the AstraZeneca vaccine.

The professor stressed the risks connected with this vaccine development method, based on the recent incidents.

"The annual incidence of transverse myelitis ranges from 1.34 to 4.60 cases per million. The likelihood of having 2 cases of transverse myelitis in AstraZeneca trial, which is what allegedly happened is less than 1 in 22,000 (0.00495%)", Tsarenko emphasized, noting that the Russian Sputnik V vaccine was developed on the tried-and-true platform of human adenovirus.

The trials are now being restarted in the United Kingdom and other countries, but the United States has not yet given the go-ahead to restart trials.

© CC0
Russian Research Centre Vector Receives Patents for COVID-19 Vaccine
Earlier in the day, the Reuters news agency reported, citing sources, that the FDA had broadened its inquiry into possible negative side effects of the vaccine after the UK trials were suspended earlier in the month because a participant developed neurological syndromes. Later, another volunteer fell ill with transverse myelitis, a neurological disorder caused by the inflammation of a part of the spinal cord.

Sputnik V, developed by the Gamaleya Research Institute of Epidemiology and Microbiology, was registered by the Russian Health Ministry on 11 August, becoming the first registered vaccine against COVID-19 in the world. It is in phase 3 trials at the moment.

The AstraZeneca vaccine, which uses a chimpanzee adenovirus-based vector, is being developed in partnership with the Oxford University's Jenner Institute and the Oxford Vaccine Group and is in its phase 3 trials, which is the final stage before safety and efficacy data can be submitted to health regulators for approval.