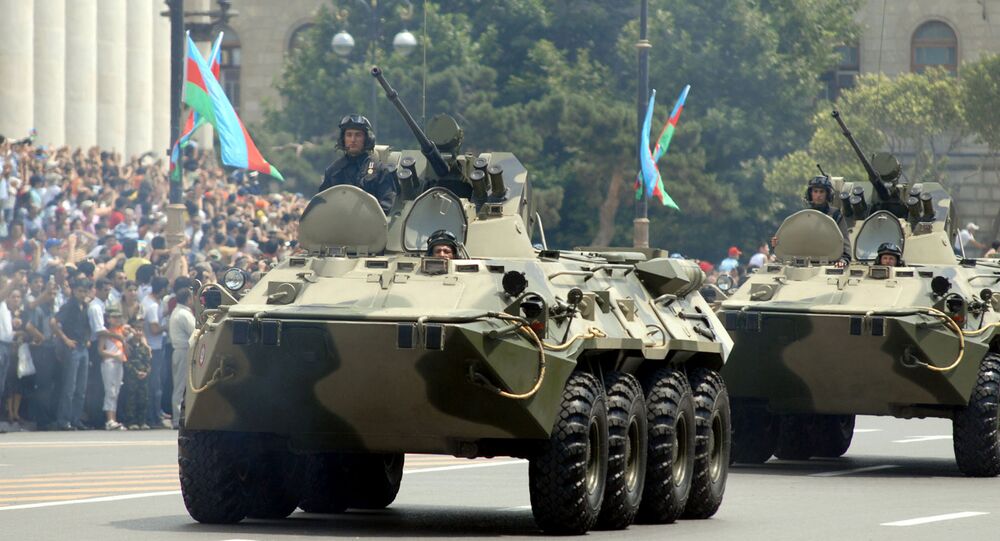 The clashes between Baku and Yerevan have been escalating since Sunday, as both sides accuse each other of aggression, and share numerous pieces of footage of the opponent's destroyed military vehicles.

Azerbaijan will restore its territorial integrity, President Ilham Aliyev stated on Wednesday, adding that the country had hoped to reach the result via negotiations, but they were useless. He also said that Baku will stop its offensive if the Armenian military leaves "occupied territories", stressing that it is the one and only condition.

"Armenia must abandon the occupation policy. However, the Armenian prime minister sets conditions for us, he set seven conditions. I said not so long ago that we reject these conditions. We have only one - the Armenian Armed Forces, of course, must immediately leave our lands", he said during a meeting with wounded servicemen.

Aliev said he had warned that Azerbaijan will use military means to resolve the issue if the negotiations are fruitless, stressing that the country must restore its integrity, as Nagorno-Karabakh is historically Azerbaijani territory.

The conflict started over the issue of Nagorno-Karabakh - an unrecognised republic in the Transcaucasus between Azerbaijan and Armenia, which proclaimed independence from Azerbaijan in 1991. It led to a major military standoff in the region, which was suspended in 1994, as Yerevan and Baku agreed to start peace talks mediated by the OSCE Minsk Group.