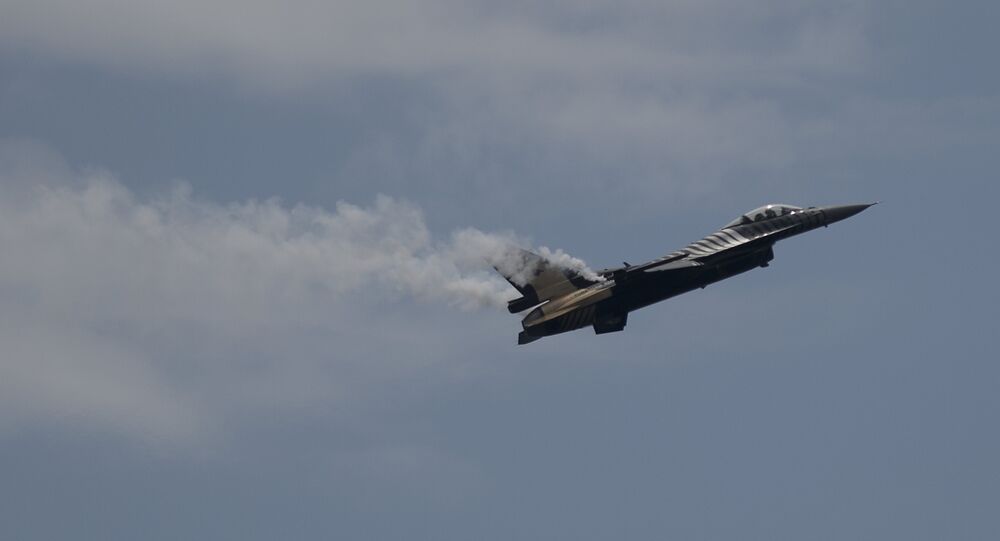 According to Yerevan, the pilot of the Armenian aircraft hit by the Turkish fighter died.

Fahrettin Altun, a representative of Turkey's president, has denied that a Turkish aircraft downed the Armenian plane. Azerbaijan's Defence Ministry has also denied the incident.

"The information of Armenian media is a lie and yet another fantasy of the Armenian military propaganda machine", head of the ministry's press service, Vagif Dargyahly said.

Previously, Yerevan stated that an Armenian Su-25 jet had been downed by a Turkish F-16 warplane in Armenia's airspace. According to preliminary reports, the attack was carried out from Azerbaijani airspace.

The Armenian Ministry of Defence also said that multiple Turkish planes were engaged in the conflict on the side of Baku, with Turkish F-16s supporting Azerbaijani jets and drones during strikes against Armenian troops and bases.

"F-16 fighter jets belonging to the Air Force of the Republic of Turkey took off from the Ganja Air Base in the Republic of Azerbaijan at 10:30 am today... While performing a combat mission during anti-aircraft and air battles, an F-16 fighter of the Turkish Air Force shot down a Su-25 attack aircraft of the Armenian Air Force in the airspace of Armenia. The pilot died a hero's death", Press Secretary for Armenia’s Defence Ministry Shushan Stepanyan wrote on Facebook.

Earlier in the day, Ankara stressed that it is ready to support Baku "both in negotiations and in combat", stressing that an attack on Azerbaijan is an attack against Turkey as well. The statements were made as Armenia and Azerbaijan became engaged in a military conflict over Nagorno-Karabakh on Sunday, with both sides accusing each other of aggression and announcing mobilisations.

© REUTERS / Staff
A tank of the self-defense army of Nagorno-Karabakh moves on the road in the village of Talish April 6, 2016

Nagorno-Karabakh, an Armenian-majority autonomy, proclaimed its independence from what was then Soviet Azerbaijan in 1991. A major conflict between Baku and Yerevan dragged on until 1994 when the sides agreed to start peace talks mediated by the OSCE Minsk Group, and Nagorno-Karabakh has remained an unrecognised republic since then.