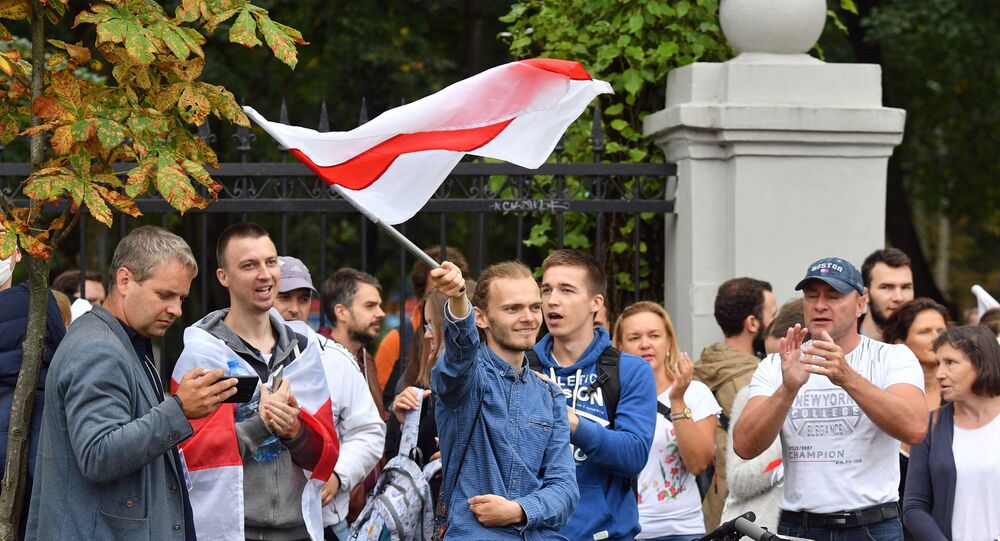 MINSK (Sputnik) - More than 350 people were detained at unsanctioned protests throughout Belarus on Sunday, the country's Interior Ministry said on Monday.

"In total, more than 350 people were detained in the country over the past 24 hours, pending the consideration of administrative offences in court", the ministry said on its official Telegram channel.

At protests held in Belarus on Saturday, almost 200 others were detained by security forces, Interior Ministry spokeswoman Olga Chemodanova told Sputnik on Sunday.

Opposition protesters have taken to the streets regularly on weekends following the 9 August presidential election that saw incumbent Alexander Lukashenko win a sixth term in office by a landslide. Lukashenko held an inauguration ceremony this past Wednesday. However, opposition claims that the elction was rigged, and the real winner was Svetlana Tikhanovskaya.