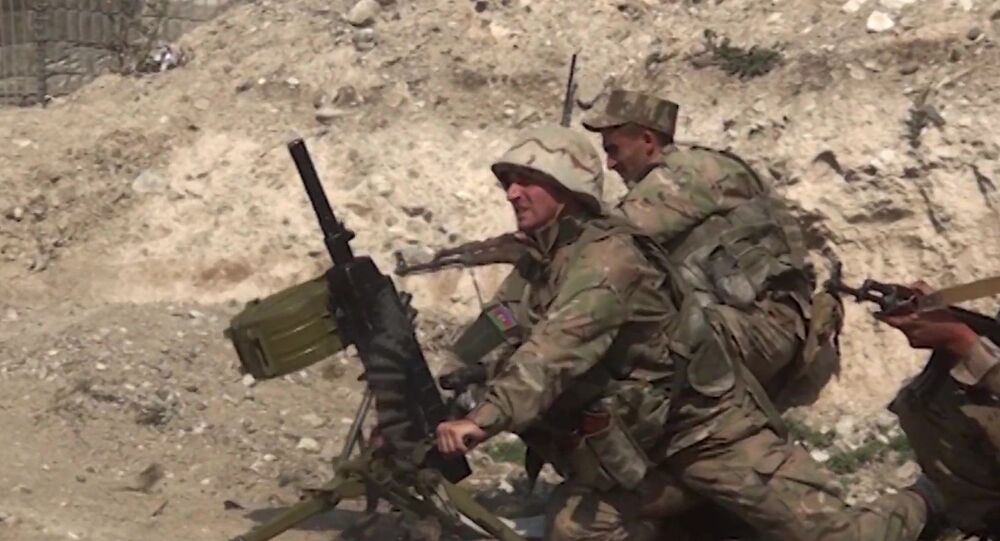 BAKU (Sputnik) - French President Emmanuel Macron has expressed concerns over the growing tensions in Nagorno-Karabakh in phone talks with his Azerbaijani counterpart, Ilham Aliyev, the press service of the latter said on Monday.

"On September 27, President of the French Republic Emmanuel Macron called President of the Republic of Azerbaijan Ilham Aliyev. Emmanuel Macron noted that his country is concerned about the armed conflict on the Armenian-Azerbaijani contact line and stressed the importance of resolving the conflict through negotiations,” Aliyev’s press service said.

The Azerbaijani presidency once again accused Yerevan of undermining the negotiation process by laying sovereignty claims on the area of Nagorno-Karabakh and conducting military provocations there.

Aliyev also told Macron that Baku was conducting “successful counter-offensives in response” and added that it was up to Yerevan to decide how the crisis would develop.

“During the telephone conversation, the parties agreed to establish contacts through diplomatic channels," the statement noted.

Large-scale armed tensions alongside the contact line of the self-proclaimed autonomy of Nagorno-Karabakh escalated on Sunday morning when both parties accused each other of military provocations.

The secession was followed by armed conflict from 1992-1994, during which Azerbaijan lost control over the region, although internationally is still considered to its part.

Although negotiations for the peaceful resolution of the crisis have been conducted since 1992 within the framework of the Organization for Security and Co-operation in Europe's Minsk Group, headed by three co-chairs — Russia, the United States and France — military conflicts periodically resume.