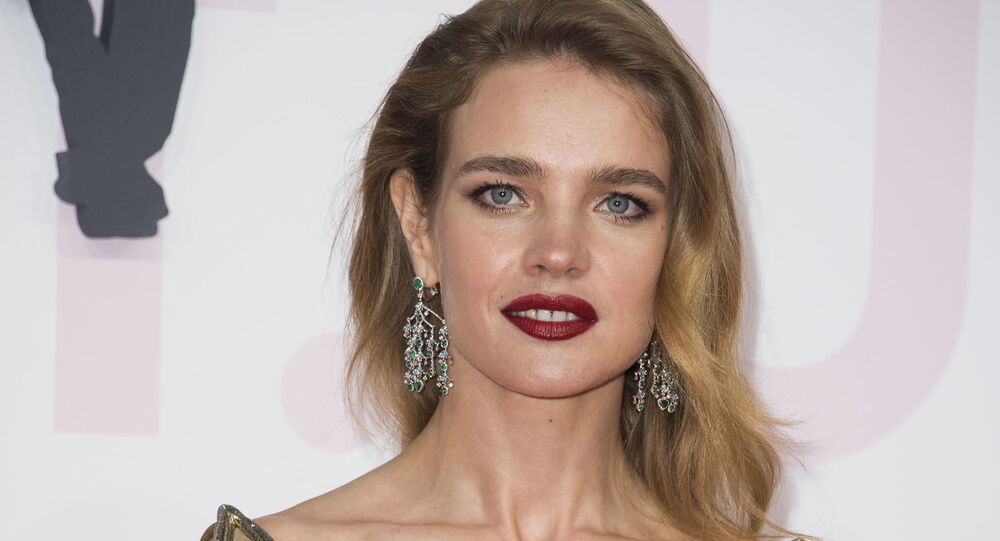 Russian-born model and philanthropist Natalia Vodianova has recently tied the knot with her long-time partner Antoine Arnault, a CEO of luxury LVMH-affiliated brand. The mother of five has spent the months of COVID-19 lockdown in France with her husband and children, while the rest of her family remained in Russia.

Natalia Vodianova praised Russia’s response to coronavirus during an interview with CNBC as she said that her country of birth has coped with the health crisis “incredibly well.”

Speaking to CNBC’s host Tania Bryer about the recent months of lockdown she’s spent in the countryside in France, Vodianova was asked whether she believes that the Government in her native Russia was doing “enough” to help its citizens. The supermodel pointed out that first cases of COVID-19 were reported in Russia later than in other countries, which apparently allowed it to prepare better for the virus, thanks to information shared by Italy and France.

The starring founder of the Naked Heart Foundation then gave the assurance that, compared with other countries in Europe, testing was readily available around Russia, which has a tendency to safeguard people from exposure to the virus.

“I feel that my family is safer there than, for example, in France, where I see that a huge effort also is being made, but somehow people are not taking it seriously enough,” the mother of five explained.

Vodianova, who is internationally acclaimed not only for her modelling work but also charity projects, also said during the interview that she was still worried about the health of her 90-year-old grandmother during the pandemic, as well as for her sister Oksana who has autism, as she says “it’s been shown that people with special needs get affected more by Covid.”

“We don’t know why, but that seems to be the case,” the 38-year-old model added.

Vodianova admitted that it was not easy to keep up with some of her previous work during the lockdown. However, she continued organising fundraising events as well as schooling for children with disabilities as a part of her Russia-based Naked Heart Foundation online. “That actually had fantastic effects,” she said.

On Monday, Vodianova married her businessman boyfriend Antoine Arnault after nine years of dating. The couple have two children together, Maxim, 6, and Roman, 4. The model has also three children from her marriage to Justin Portman.