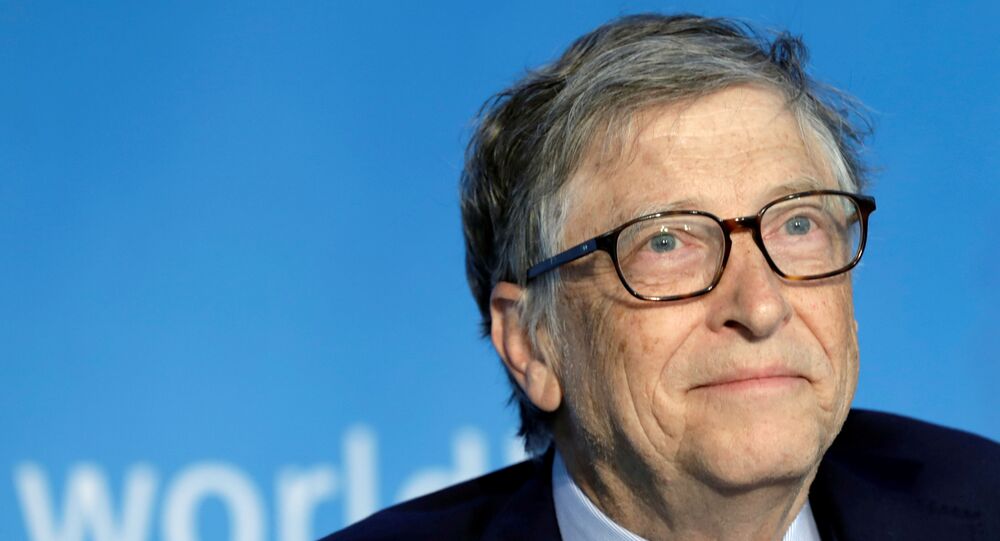 Former Microsoft CEO Bill Gates has devoted significant funds, both personally and through his co-founded charity, to developing COVID-19 vaccines and testing efforts. The world’s second-wealthiest man even previously mooted that the jab against coronavirus may become mandatory for certain groups of people.

UK Prime Minister Boris Johnson is going to unveil a five-point plan set to fight any future pandemics during his upcoming address to the UN General Assembly on Saturday, according to extracts of the recorded speech published by his office. The blueprint was designed with the Bill & Melinda Gates Foundation, as well as British research charity, The Wellcome Trust.

One of its key proposals includes the establishment of a worldwide network of “zoonotic research hubs” that will help to identify and study animal pathogens which have a potential to be transmitted to humans.

It is believed that more than half of the human pathogens had first emerged in animals, including those causing the Sars-Cov-2 infection, although the research on this topic is still in progress. The authors of the plan suggest that the proposed hub network would help to take up early steps in treatment and vaccine development in a bid to prevent global virus outbreaks when certain pathogens which could be dangerous for humans are detected.

Some other suggestions that are going to be mentioned by Johnson are the creation of a global pandemic early-warning system, the development of common protocols on data-sharing and a general improvement of the ability to collect samples and analyse the findings.

The British Prime Minister will also urge states to reduce trade barriers, which he believes hinder the global anti-coronavirus response, especially in relation to essential products, such as soap.

"After nine months of fighting Covid, the very notion of the international community looks tattered," Johnson is expected to say in his speech.

"Now is the time therefore... for humanity to reach across borders and repair these ugly rifts."

Some measures that will be announced to Britain’s UN colleagues include a £500 million funding for the Covax vaccines procurement pool to help poorer countries get COVID treatments when they are available, as well as a £71 million investment to buy vaccines for UK population.

Johnson has also pledged to increase the UK’s funding for the World Health Organization by 30% to £340 million in the next four years.

As for Bill Gates, the American business magnate and philanthropist and his co-founded charity have already invested hundreds of millions of dollars in researching infectious diseases and developing at least seven separate vaccines. Gates believes that multiple doses of coronavirus jabs may be needed to develop immunity against the virus, as he suggests that for certain people working with the highest-risk group, such as the elderly, an inoculation may become mandatory.

Back in May, Gates said he was actually the one who had warned world leaders, including US President Donald Trump, about the threat posed to the global community by pandemics. However, the Microsoft co-founder added, his warning fell on deaf ears.