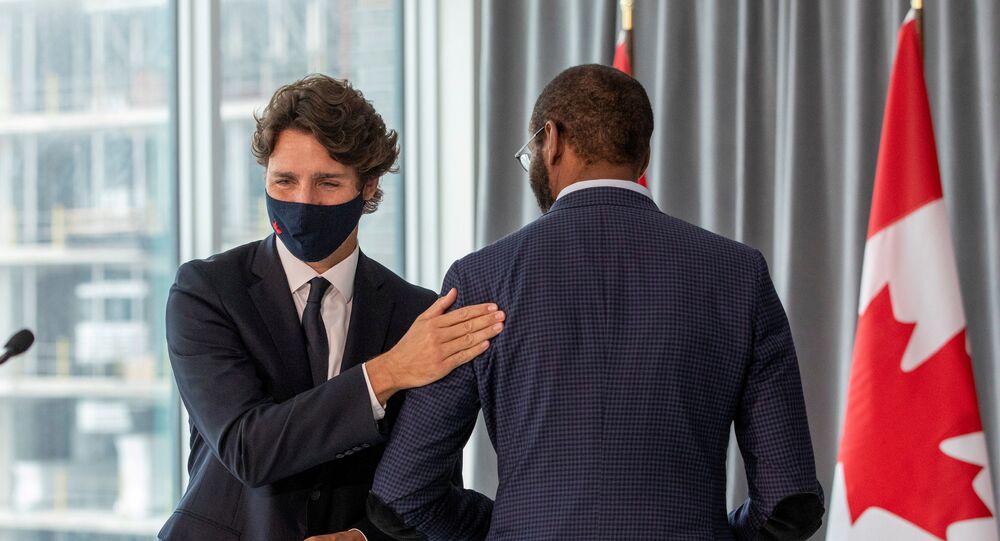 TORONTO (Sputnik) - Canadian Prime Minister Justin Trudeau on Friday announced that his government had entered into an agreement with British pharmaceutical giant AstraZeneca to procure 20 million doses of its coronavirus (COVID-19) vaccine.

The number of COVID-19 cases in Canada has surpassed 150,000, with 9,250 deaths reported, government data revealed on Friday.

"I can announce that we've reached an agreement with AstraZeneca for the vaccine they are developing with the University of Oxford. This agreement secures up to 20 million doses for Canadians, should the vaccine trials be successful," Trudeau said at a press conference.

The US put a pause on AstraZeneca's vaccine trials several weeks ago due to side effects.

A combined 1,046 new cases in Ontario and Quebec pushed Canada’s tally to 150,140, according to data released by provincial health agencies. There are 11,138 active cases throughout the country, Canada’s public health agency says.

With the announcement, Canada now has tentative deals for at least 12 vaccine candidates, according to the Minister of Public Services and Procurement, Anita Anand. According to reports, the deals do not preclude refunds, even in the event that the vaccine candidate is never approved. The Canadian government has committed over $800 million toward vaccine procurement and development.

Trudeau also announced that Canada will contribute $328.32 million to COVAX, a global vaccine distribution system backed by the World Health Organization (WHO) and GAVI, the Vaccine Alliance. The prime minister expressed his disappointment with “a few large countries” that did not join the international effort – presumably referring to the US, China, and Russia, which are focusing primarily on domestic vaccine production.

On Wednesday, Trudeau said that a second wave of the coronavirus pandemic is “already underway” in Canada and urged vigilance. This was partially contradicted on Friday by Alberta’s Chief Medical Officer of Health, Dr. Deena Hinshaw, who said that the second wave of the COVID-19 pandemic has not yet hit the province.

Since the beginning of September, Canadian authorities have recorded over 20,000 new infections, including more than 8,000 in the last week alone.