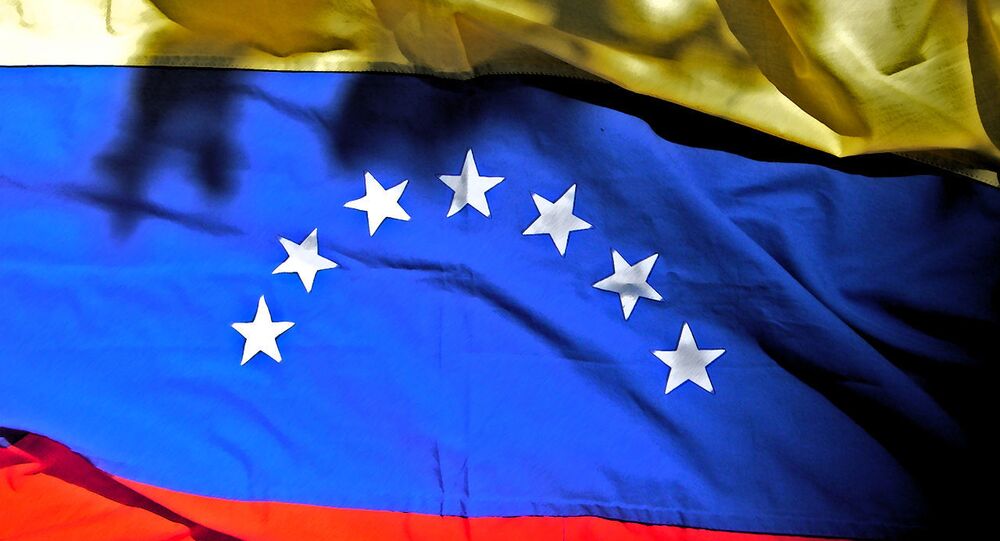 On 21 September, Washington imposed sanctions against Venezuelan President Nicolas Maduro, with US Secretary of State Mike Pompeo claiming that "for nearly two years, corrupt officials in Tehran have worked with the illegitimate regime in Venezuela to flout the UN arms embargo".

A senior Venezuelan official has described the US as the greatest threat to the international community after it decided recently to slap fresh sanctions on Venezuelan President Nicolas Maduro and other individuals because of their dealings with Iran, reported Newsweek.

"Venezuela's trade with Iran and with any other country is done in exercise of our sovereignty and under all legal parameters," Venezuela's Vice-Minister for Foreign Affairs for North America Carlos Ron was quoted as saying.

Ron denounced the US actions as unjustified and illegal, adding:

"What the whole world should be concerned about is the complete disregard for international law and, in particular, for the United Nations system that the Trump administration has shown in recent actions… The United States is currently the greatest threat to world peace and stability."

The backlash from the Venezuelan official came on 21 September after Washington introduced fresh sanctions against Venezuelan President Nicolas Maduro because he was cooperating with Iran, as well as similar measures targeting the Iranian Defence Ministry and other officials related to the country's missile and nuclear programmes.

In a statement on Monday the Foreign Ministry of Venezuela denounced the US sanctions as an "aggression".

"This new action against multilateralism confirms that the ruling elite of the United States has no respect whatever for joint decisions necessary to preserve international peace and security," said the statement.

As part of what is seen as a pre-election drive to embrace Latin America, an even tougher position was recently unveiled by Washington against Cuba, a close ally of Venezuela, which has been suffering under a US trade embargo since the 1960s after the Cuban revolutionaries triumphed over the US-backed regime.

Trump’s administration announced new sanctions against Cuba, including a ban importing Cuban rum and cigars and forbidding US travellers to stay in Cuban state-owned hotels.

As Vice-President Mike Pence joined Donald Trump on 23 September at a press conference honouring veterans of the failed US-backed insurgency to overthrow the Cuban government in 1961, the US president said:

"My administration stands with every citizen of Cuba and Nicaragua and Venezuela in their fight for liberty… and we work for the day when this will become a fully free hemisphere… It's going to happen sooner rather than later. A lot of things are going on right now that I can't tell you about, but I will be soon.

The measures were slammed by Cuban Foreign Minister Bruno Rodriguez Parrilla on Thursday as infringing US citizens' rights and harming people in both countries.

Venezuela has been in the throes of a political crisis since the beginning of last year, when Juan Guaido, who at the time led the opposition-controlled National Assembly, proclaimed himself interim president, seeking to oust re-elected President Nicolas Maduro from power.

Washington and some of the Western countries endorsed Guaido and imposed sanctions on Venezuela and freezing its assets abroad. Maduro accused the West of using sanctions to unseat him, while hoping to claim Venezuela’s assets and oil and gas resources.

Russia, China, Turkey and other nations have supported Maduro as Venezuela's legitimate president.