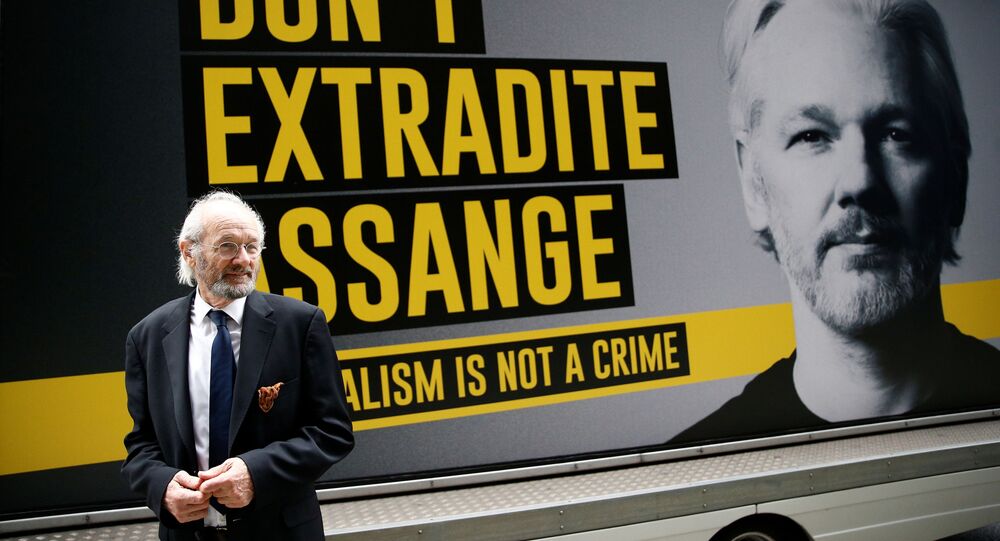 WikiLeaks publisher Julian Assange, who faces up to 175 years in prison for his role in obtaining and publishing classified US diplomatic cables, is now at the centre of a series of extradition hearings at London’s Central Criminal Court.

Reporters Without Borders (RSF) has confirmed an attack on its website on 17 September that specificly targeted the group’s earlier-launched #FreeAssange petition.

“This malicious attack is a clear attempt to discredit our press freedom campaigning and undermine our efforts in support of Julian Assange - but it will not work!” Deloire exclaimed, insisting that they are more determined than ever “to secure Assange’s release and stop his extradition”.

While the origin and precise motive of the attack remain unclear, RSF believes that the spambot combined fake names with real email addresses in a coordinated effort to distort campaigns and thereby jeopardise the legitimacy of public calls for press freedom and weaken demands for the Wikileaks founder’s release.

RSF took prompt action to sort out the problem, deleting a large number of false signatures from the #FreeAssange petition: 82,000 are real and were verified before the 17 September spambot attack, along with nearly 7,000 signatures in place on the German version of the petition.

“Now we need your help to replace the false signatures with even more real ones - and we will ensure that the UK authorities cannot ignore tens of thousands of voices. Please keep signing and sharing the #FreeAssange petition!” said RSF Director of International Campaigns Rebecca Vincent.

The spambot attack shattered the website amid Assange’s US extradition hearing at the Central Criminal Court in London, which is expected to continue through 2 October. Despite observers being severely restricted during the proceedings,  RSF has been the only NGO to gain access there most days, and will continue to closely monitor the matter, its press release states.

During the hearing on 7 September, the NGO, together with Assange’s partner Stella Moris, attempted to deliver the first 80,000 calls to 10 Downing Street, but the latter refused to accept the petition.

This prompted RSF representatives to take a huge banner featuring the 80,000 names to a protest outside the court building, with the organisation saying it won’t give in and will continue to attempt to deliver the petition to Prime Minister Boris Johnson.

The WikiLeaks publisher faces up to 175 years behind bars in the US on 17 Espionage Act charges and one charge relating to conspiring with former US Army soldier Chelsea Manning.

Almost the entire indictment relates to the publication of classified documents in 2010 and 2011, which exposed, among other things, war crimes committed by US-led forces in Iraq Afghanistan and Guantanamo Bay, Cuba.

The WikiLeaks founder has been kept at Belmarsh maximum-security prison since he was removed from the Ecuadorian Embassy on 11 April 2019.