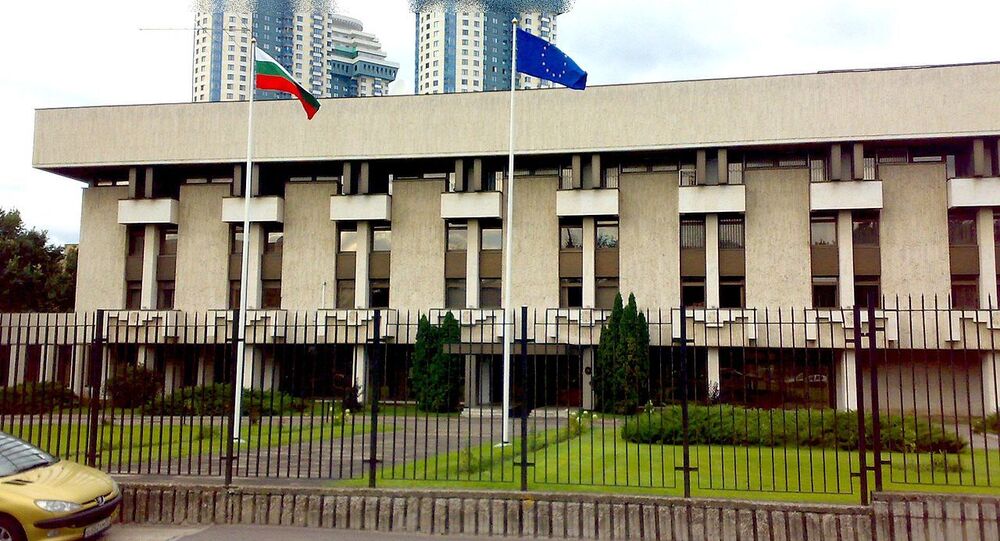 Bulgaria announced on Wednesday that it had moved to expel two Russian diplomats, claiming they could be involved in spying activities in the Balkan country.

Moscow has expressed regret over Bulgaria's decision to declare two Russian diplomats from the trade promotion office "personas non grata", promising to follow up with details on retaliatory measures, the Russian foreign ministry said in a statement.

"We view this as an intentional attempt to harm the constructive Russia-Bulgarian cooperation," the statement reads.

On Wednesday, Bulgaria announced it was expelling two Russian diplomats who prosecutors say could be involved in spying, giving them 72 hours to leave the Balkan country.

"During the pre-trial investigation, it was established that in the period from 2016 to the present, two citizens of the Russian Federation carried out intelligence activities to obtain information about plans to modernise the Bulgarian army," the prosecution said in a statement, claiming "their goal was to transfer the collected information, including official and state secrets, to the Russian military intelligence in Moscow".

The statement went on to note that the said Russian individuals had a diplomatic status, and therefore the criminal case against them was discontinued.

The Russian Embassy in Sofia promptly branded the move as "groundless", adding that no evidence was presented that the diplomats' activities wasn't with their civil service role.

The case follows a similar one in January, when the Bulgarian Foreign Ministry ordered two Russian diplomats out, on suspicion of espionage. The country's Prosecutor General's office held a pretrial investigation into the two diplomats, but the case was suspended due to diplomatic immunity.

According to prosecutors, one of the individuals worked at the consulate department of the Russian Embassy in Sofia, while the other worked for the Russian trade mission. The prosecutors alleged that they had collected data on Bulgaria’s national elections and energy security.

The Russian Foreign Ministry called Bulgaria’s January expulsion of the Russian diplomats an "unfriendly and provocative" step, insisting no plausible justification for the move had been presented.

Honduras Hopes to Open Embassy in Jerusalem This Year