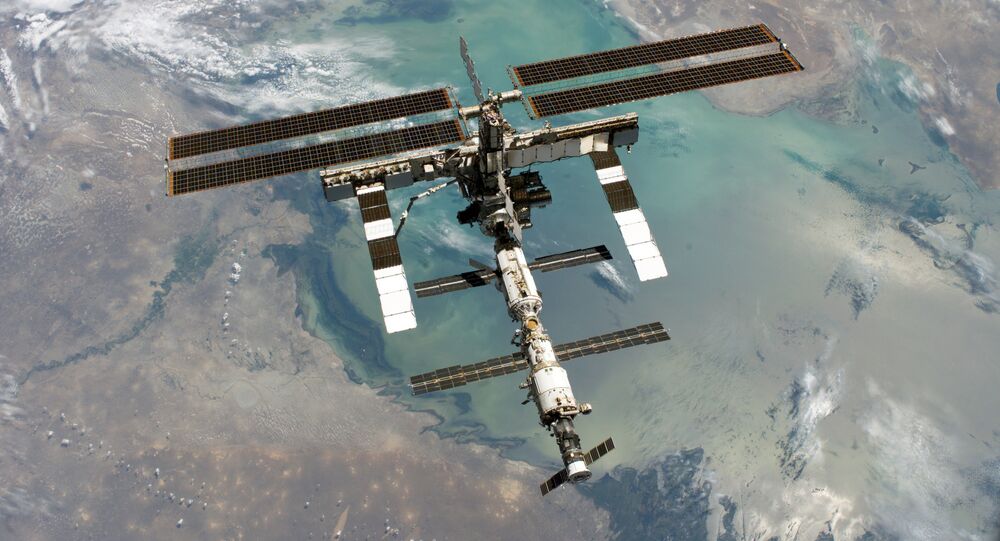 MOSCOW (Sputnik) - The orbital altitude of the International Space Station (ISS) on October 7 will be reduced by 1.4 kilometres (4,593 feet) in a manoeuvre to evade space debris, instead of being raised by 400 metres (1,312 feet), as previously planned, Roscosmos said on Wednesday.

"Due to the unscheduled correction of the ISS orbit to avoid space debris performed on 23 September, the Mission Control Center in Korolev made a decision to change the parameters of the planned ISS orbit correction on October 7  to create ballistic conditions before the launch of the Soyuz MS-17 manned spacecraft", the agency said in a statement.

Following the off-schedule ISS orbit correction to evade space debris, MCC-M decided to adjust the ISS orbit correction parameters scheduled for October 7 — https://t.co/GfV5cP3wcR#ProgressMS14 spacecraft will have its engines switched on at 08:11 UTC for 403.7 seconds pic.twitter.com/wP9HydovqU

​In particular, the Progress MS-14 spacecraft, docked to the ISS Zvezda module, will start its engines at 08:11 GMT and will work for 403.7 seconds to increase the orbit's average altitude by about 4,593 feet to 2,600 miles above Earth's surface.

The Soyuz MS-17 is scheduled for launch at the Baikonur spaceport on 14 October. It is set to be a record fast flight, with the route calculated to take about three hours. Its crew includes Russian cosmonauts Sergey Ryzhikov and Sergey Kud-Sverchkov, and US astronaut Kate Rubins.

Earlier in the day, the Houston mission control centre said that the ISS had avoided unknown space debris using the engines of the Progress cargo spacecraft. Later, a source in the space industry told Sputnik that the junk was, in fact, a fragment of an exploded stage of Japan's H-2A carrier rocket that launched into space six satellites, including Ibuki-2 greenhouse gases observing satellite, back in October 2018.