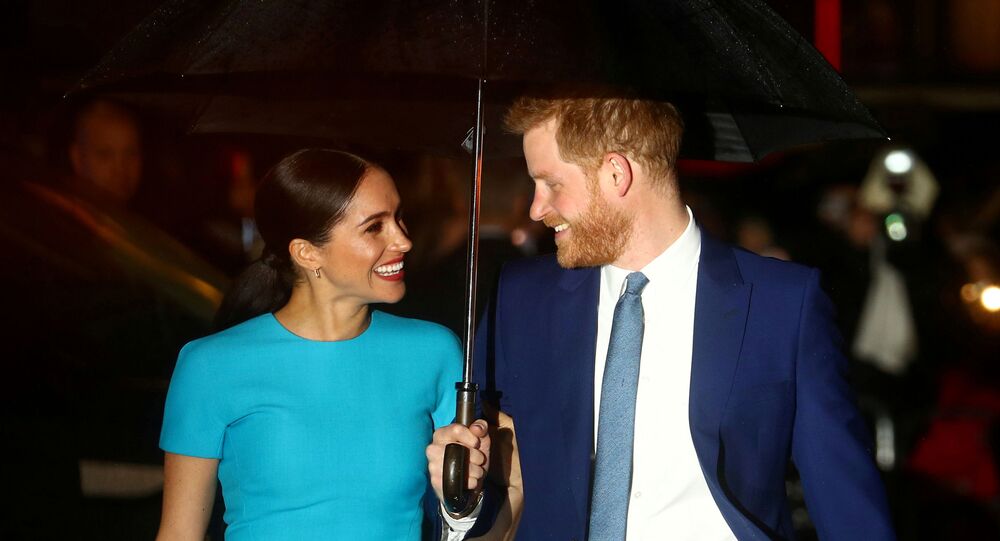 In August, the Duchess of Sussex called for change in the upcoming US elections. This constituted a deviation from British tradition obliging members of the royal family to remain neutral in political matters.

The Duke and Duchess of Sussex have yet again breached royal protocol by urging Americans to vote in the 3 November elections in the United States.

In a video message, broadcast as part of Time 100 - Time Magazine's annual listicle of the 100 most influential people in the world - Prince Harry called on US citizens to "reject hate speech, misinformation and online negativity". He also lamented the fact that he could never vote in his life, as the royals are obliged to stay away from politics.

His wife, in turn, called the upcoming vote "the most important election of our lifetime". Neither of the Sussexes, however, has directly endorsed any of the candidates.

​The Duchess of Sussex in August also spoke out about the presidential election, saying that everyone knew "what was at stake".

Members of the UK royal family are traditionally required to stay neutral in political matters. Earlier this year, the couple announced their intention to step away from their royal duties. They both moved to California - Markle's home state.