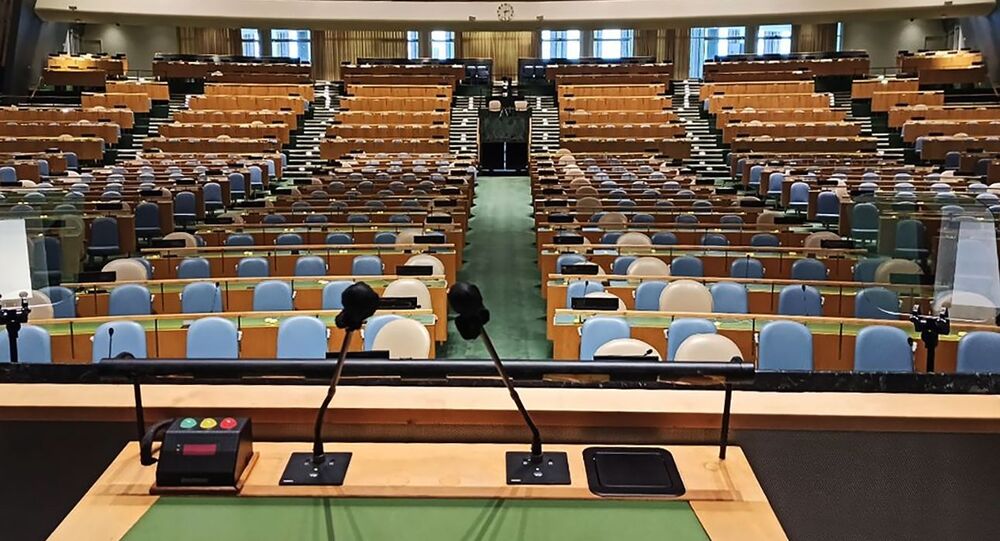 This year's UN General Assembly events are being held mostly online due to the COVID-19 pandemic, which has resulted in some 31.6 million people being infected and over 960,000 dead globally.

Sputnik is live from New York City, where world leaders are participating in the second day of the virtually held 75th Session of the UN General Assembly (UNGA 75) on 23 September.

Heads of state are addressing the global audience via videolink on various issues related to progress, peace and security, the COVID-19 pandemic, and international law, among other topics.

Today's morning speakers are the leaders of Hungary, Saudi Arabia, Iraq, Lebanon, and others.

Later, during the afternoon session, Latin American leaders, as well as those of Ukraine, Afghanistan, and other countries, will be speaking.