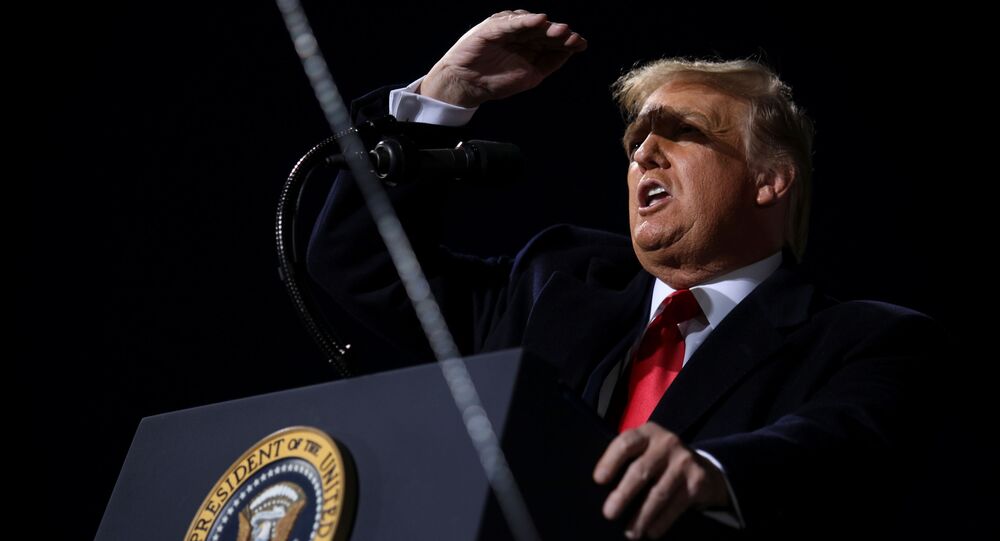 Having accused China of being behind the initial dangerous spread of the novel coronavirus, the US axed its funding of the World Health Organisation, which Washington claimed was acting pro-China.

In his recorded speech to the UN General Assembly on Tuesday, which is being held online this year, US President Donald Trump will call on the UN to "hold China accountable for their actions" vis-a-vis the still raging coronavirus pandemic.

“The Chinese government, and the World Health Organisation – which is virtually controlled by China – falsely declared that there was no evidence of human-to-human transmission”, Trump will say, with an excerpt from his would-be speech cited by Reuters.

“Later, they falsely said people without symptoms would not spread the disease..." he is expected to continue.

Another matter POTUS will dwell on in his speech is the Israeli issue, expected to promise "more peace agreements with Israel shortly".

Trump toyed with the idea of delivering his General Assembly address in person, to a nearly empty hall, but the White House confirmed Thursday that Trump would not be travelling to New York City after all in light of the pandemic -induced measures. World leaders who decide to physically attend the assembly would have to follow New York’s quarantine rules for travellers, meaning they’d have to self-isolate for 14 days upon arrival.

Since the start of the outbreak, the US and China have been engaged in a blame game over who's responsible for the global coronavirus pandemic, which came alongside multiple other tensions involving trade, the Huawei controversy, and the standoff over the Hong Kong issue.

Pompeo claimed that China has "attempted to conceal and hide and confuse" the world since the COVID-19 outbreak began in early 2020 and employed the WHO as a "tool" to do the same. Around the same time, President Trump said the US had evidence that the novel coronavirus was leaked from a Chinese biolab - a claim some of his own intelligence officials have rejected. US media reported that the Five Eyes - an intelligence network comprising the US, the UK, Australia, Canada, and New Zealand - deemed it "highly unlikely" that COVID-19 leaked as a result of an incident at the Wuhan Institute of Virology, saying the more likely explanation was that the virus arose as a result of a natural human infection caused by human-to-animal interaction.

The US recently moved to cut off funding to the UN health agency after accusing it of a pro-China bias, with the move promptly landing in other WHO members' crosshairs. In response, the Chinese side has insisted that they passed on all the necessary information about the flare-ups, which were first reported in Wuhan, the capital of central China’s Hubei province, as soon as it was verified, arguing that after they sorted out the problem domestically, they eagerly helped battle the virus abroad.