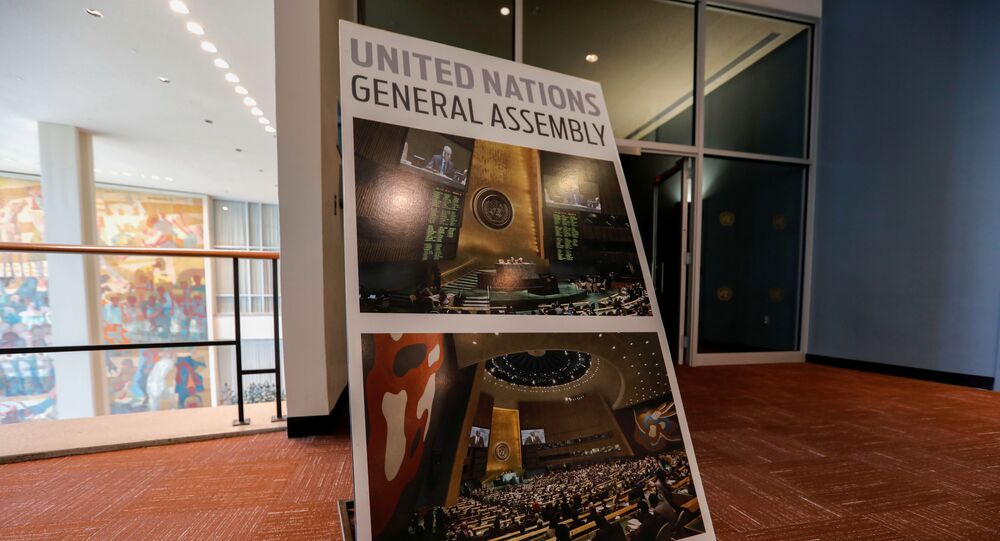 World leaders have a unique opportunity to address a vast audience via videolink on issues of their choice related to progress, peace and security, the COVID-19 pandemic, and international law, among other topics.

Sputnik is live from New York City where world leaders are taking part in the first virtual meeting of the 75th Session of the UN General Assembly (UNGA 75) on Wednesday.

This year's debate is being held online due to the coronavirus pandemic, which has already killed over 960,000 people globally. Despite lockdown measures, the UN has reportedly suggested that world leaders can personally visit the organisation’s headquarters in New York if they wish to.

During the morning session, US President Donald Trump and Brazilian President Jair Bolsonaro, as well as Chinese President Xi Jinping, Russian President Vladimir Putin, and the leaders of Turkey, Jordan, the Philippines, France, Iran, and other states are expected to speak.

Later, during the afternoon session, Latin American leaders, as well as those of Angola, Nigeria, Sri Lanka, and other countries, will be speaking.