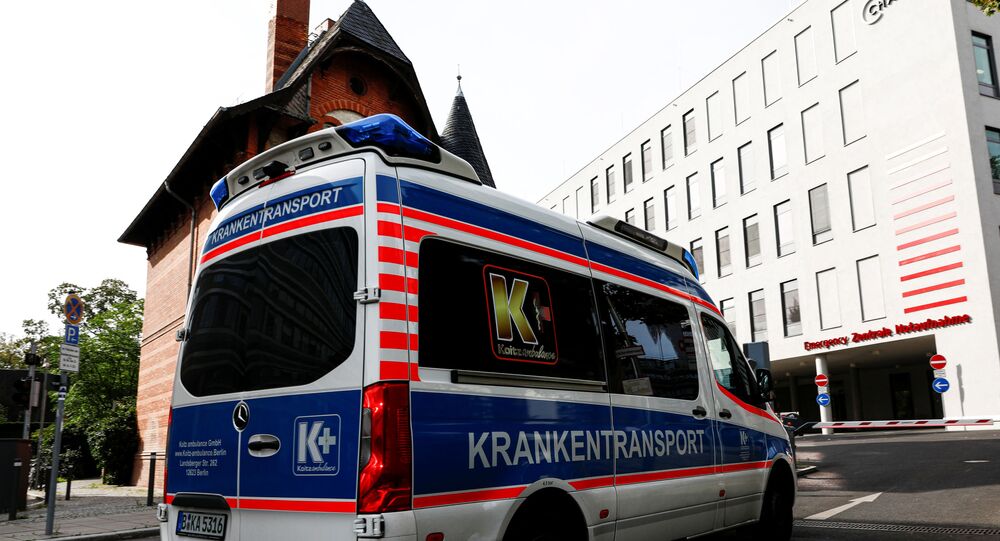 Kremlin: Russia Having Trouble With Probe Into Navalny Case as Berlin Fails to Share Info

Russian authorities have made several requests for data on the case, also offering Berlin to establish a joint medical commission to examine the samples, but Germany has not responded.

Russian presidential spokesman Dmitry Peskov stated that Moscow is having trouble investigating the Navalny case, as some evidence has been taken out of Russia, while Berlin has not provided any information on the case.

"You see, they [the investigators] are experiencing certain problems, because, unfortunately, much of the evidence was taken away. Here we must understand if it's a deliberate attempt to hide some evidence or not. Unfortunately, we are also experiencing problems in obtaining information on the case from our counterparts, primarily from Germany", Peskov told reporters.

He also noted that the Kremlin would not comment on Secretary of State Mike Pompeo's remarks on the case, saying that Washington has a "sanctions addiction", something which is well-known but is not appreciated by other countries.

The response from the Kremlin comes after Pompeo warned that the US may impose sanctions against Russia due to the Navalny case. He also vowed to stop the construction of the Nord Stream 2 pipeline, despite the fact that Berlin has repeatedly stressed the project will be completed.

Navalny fell gravely ill during a domestic Russian flight on 20 August. The plane made an emergency landing in Omsk, where he fell into a coma in a local hospital. Two days later, authorities approved a request from his family, allowing for Navalny to be safely transferred to the Charite hospital in Berlin for further treatment.

Later, Germany claimed doctors had found traces of a nerve agent from the Novichok group in his system and that the tests had been confirmed by labs in Sweden and France. Moscow stressed that the Russian doctors had found no toxic substances in Navalny's samples and asked Germany to provide data - which Berlin refused, saying it is classified.