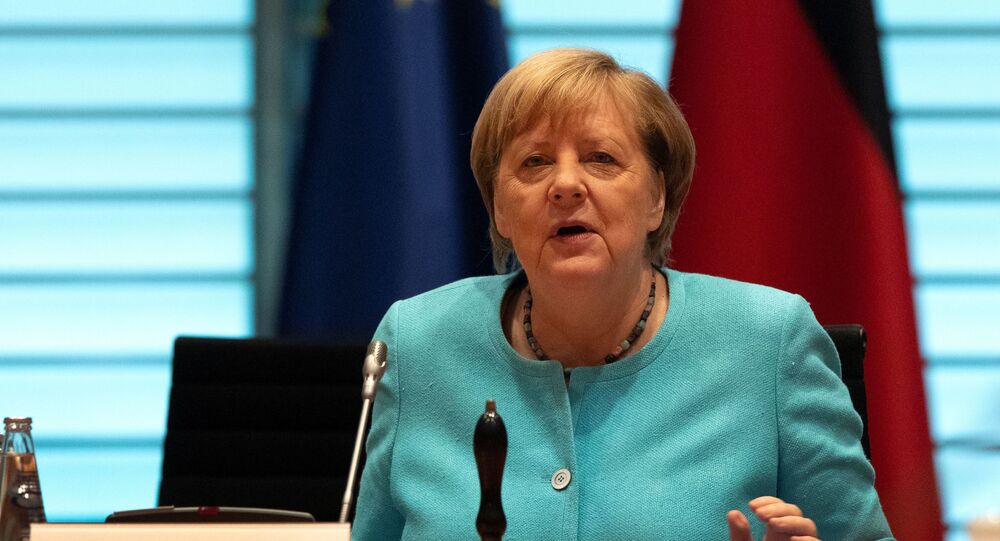 BERLIN (Sputnik) - German Chancellor Angela Merkel is calling for a reform of the UN Security Council (UNSC) in view of the current global challenges.

Speaking at the 75th session of the UN General Assembly (UNGA), at the high-level meeting to commemorate the seventy-fifth anniversary of the United Nations, Merkel said that the UN "must develop further in order to be able to cope with the global challenges of the 21st century."

Merkel stressed that the interests of individual member states can stand in the way of the UN system’s proper functioning.

"Our well-being is shared. And so is our suffering. We are one world," Merkel said.

The German chancellor highlighted the issues of Libya and Syria, saying that the results of UN work will ultimately be as good as its members agree.

Merkel said Germany is ready to continue to take responsibility, including "in an enlarged Security Council."

Germany is currently a non-permanent UNSC member, along with Belgium, the Dominican Republic, Estonia, Indonesia, Niger, South Africa, Tunisia, Vietnam and Saint Vincent and the Grenadines.