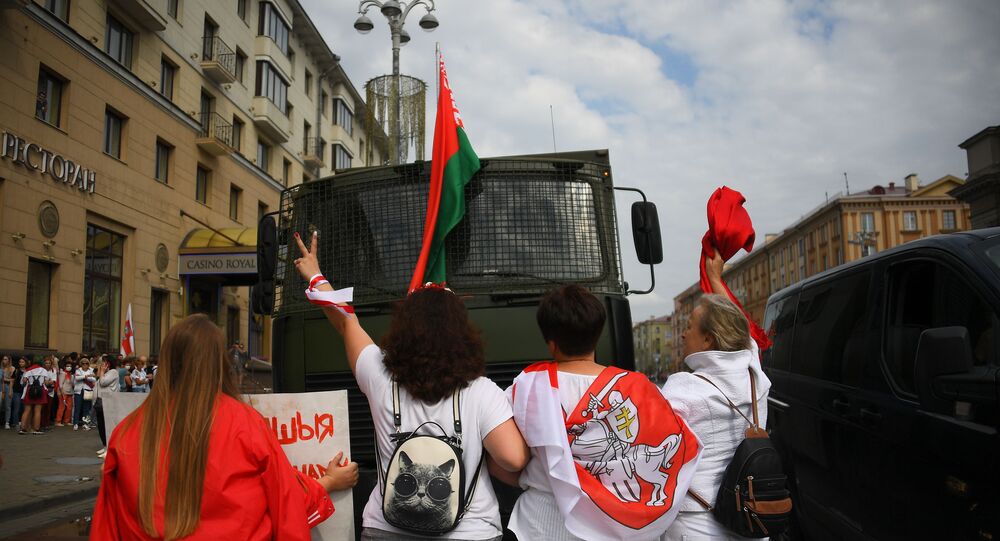 "We assume that the UNHRC resolution was jammed through by the West in violation of principles and norms of the international law and that it is legally void", a statement on the website of the Russian Foreign Ministry says.

Moscow was addressing a resolution adopted by the UNHRC on 18 September. It urged Belarusian President Alexander Lukashenko to start a dialogue with the opposition forces in a 23-2 vote, with 22 abstentions. None of the 17 amendments to the resolutions, which were presented by Russia and supported by a whole range of countries, were adopted.

During the weekend, a new round of rallies was held by protestors in Belarusian cities. On Sunday, at least 10 people were detained in Minsk on the grounds of "violation of the law on mass assembly", while 415 were arrested in the capital on Saturday.

Belarus previously slammed EU for meddling in the country's elections after European legislators backed a resolution which recognised the coordination council of the Belarusian opposition as a temporary representative of the people and supported holding a new presidential election.

Protests in Belarus have been ongoing since presidential elections in early August when president Lukashenko claimed victory. Those opposed to him, however, denounced the results of the election, claiming it was rigged and said that Svetlana Tikhanovskaya, an opposition candidate, had won the election, citing exit polls.