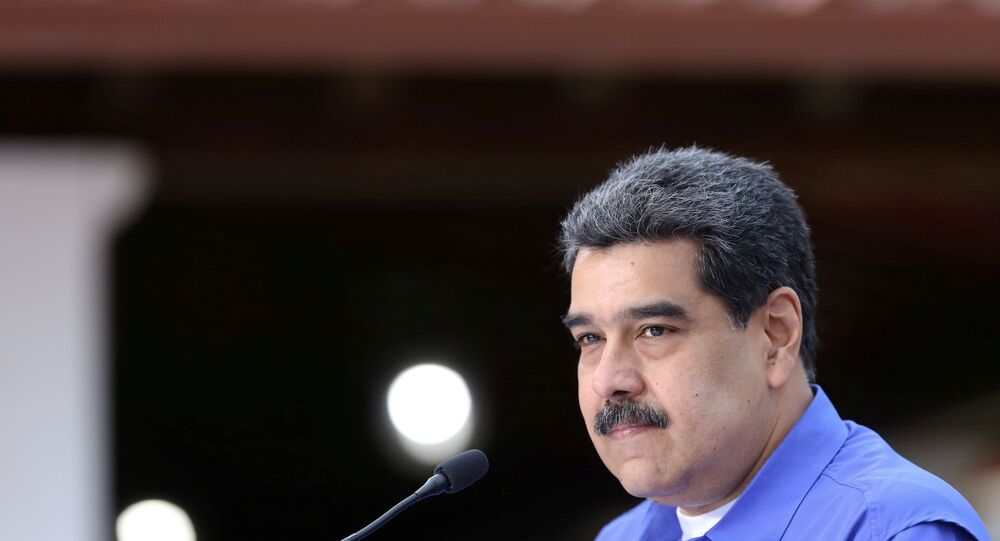 The US Department of State earlier announced Pompeo would be visiting South America with the aim of showing support for local democracies and containing the "threat" coming from "Maduro's illegitimate regime".

Venezuelan President Nicolas Maduro has slammed US Secretary of State Mike Pompeo's visit to Latin American countries as a "war-mongering" tour that has failed.

He added that the Venezuelan people are "made for resistance" and that his country "is never going to give up".

Meanwhile, Pompeo has announced that the United States is allotting an additional $348 million for refugees who have fled Venezuela.

"I am glad today to announce an additional $348 million in humanitarian assistance to help Venezuelans who fled [Venezuelan President Nicolas] Maduro's brutality", he said.

Washington has repeatedly blasted Maduro for "oppressing" the Venezuelan people. Following the political turmoil in January 2019, the US endorsed opposition lawmaker Juan Guaido as the legitimate president of Venezuela, followed by a number of other countries in Latin America, including nearby Colombia.

Maduro has called Guaido a "US puppet" trying to orchestrate a coup in Venezuela so that the United States can seize control of the country's natural resources.