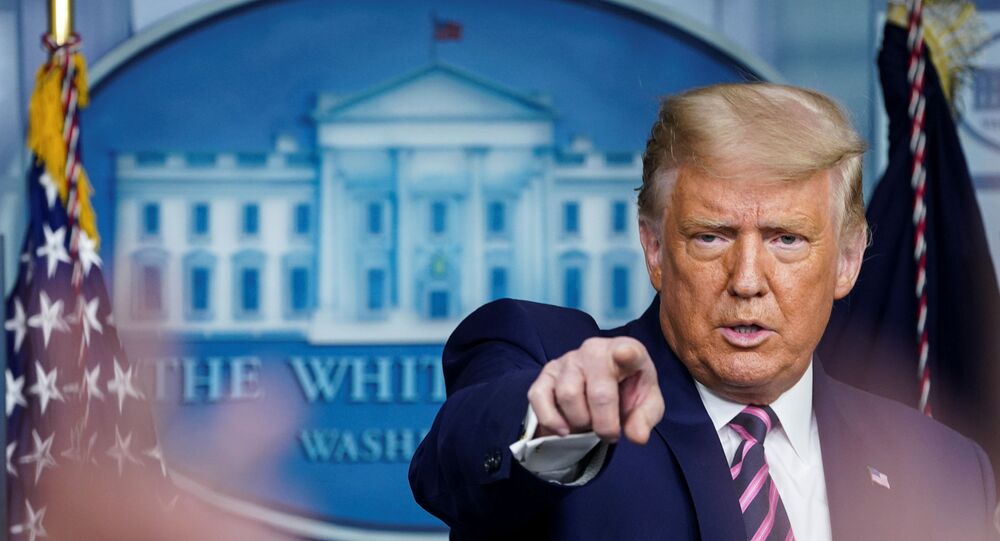 WASHINGTON (Sputnik) - US President Donald Trump criticised on Friday the Director of the Federal Bureau of Investigation Christopher Wray for overlooking China's threat to the integrity of upcoming Presidential election and focusing instead on Russia.

In his testimony to the Congress on Thursday Wray alleged that Russia is "very active" in its efforts to influence the election and "sow divisiveness and discord" denigrate Democratic rival Joe Biden.

"I think we have a bigger problem with China than we have with Russia. I think China is a far bigger problem. And I said ‘Well, it's ok if you want to think about Russia, but what about China? I think it's appropriate", Trump said at a White House briefing.

Russia denies any attempts to interfere with US domestic affairs, including 2020 elections.

US May Work Out Oil Deal With Syria's Kurds

Trump first announced the possible deal last month, which would envisage withdrawing the troops that guard the oil reserves in Syria.

"We will make a determination. We will probably be dealing with the Kurds on the oil. We’ll see where it all ends up and will be out", the US president said.

The US troops, jointly with the Arab-Kurdish Syrian Democratic Forces, maintain control over a part of northeastern Syria, concentrating around the oil and gas fields in the provinces of Al-Hasakah and Deir Ez-Zor.

The Syrian government has denounced the US presence there as a violation of its sovereignty and an illegal attempt to seize Syria's natural resources.

In August, State Secretary Mike Pompeo told the Senate Foreign Relations Committee that a US oil firm had secured a deal to modernise oil fields in Syria. Russian Foreign Minister Sergey Lavrov in an interview to Sputnik called it "the most outrageous breach of all possible principles of the international law".

The Agriculture Department explained that financial assistance is provided to the farmers so that they can absorb the increased marketing costs associated with the pandemic.

"An additional $14 billion dollars for agricultural producers who continue to face market disruptions and associated costs because of COVID-19", the statement said.

This is the second round of aid for farmers approved by the Trump administration since the novel coronavirus hit the United States earlier in the year. The first round, totalling $19 billion, was rolled out in April, at the height of economic lockdowns to curb the pandemic.