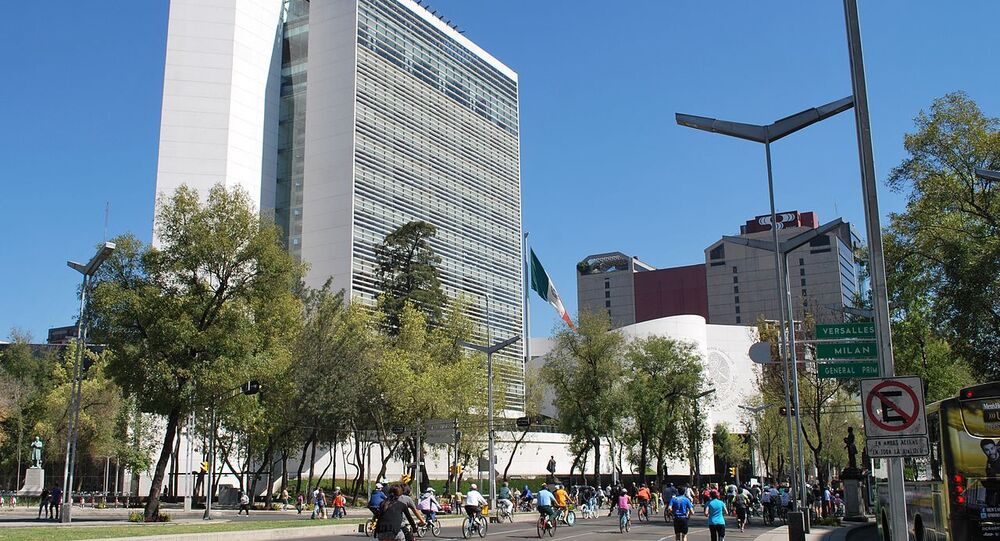 MEXICO CITY (Sputnik) - The constitutional amendments, under review in Mexico's Senate, will withdraw the president's immunity against criminal prosecution, including over corruption-related charges, Aleida Alavez Ruiz, the head of Mexican Congress Commission on Constitutional Matters, said on Friday.

"The presidential inviolability will be gone and done with as the reform will make it possible to prosecute them for corruption, electoral fraud and all other crimes for which ordinary citizens are prosecuted," Ruiz said.

According to the lawmaker, the fact that Mexican deputies from different factions unanimously voted for the amendments suggests their solidarity in the pursuit to satisfy the popular demand of eradicating corruption and lawlessness, largely attributed to ex-presidents.

At the same time, Ruiz pointed to the reform provides more room for political manoeuvring for the opponents of incumbent Mexican President Andres Manuel Lopez Obrador, opining that they would "most likely attempt to find grounds to accuse him of something."

© Photo : Pixabay
Mexico City's Authorities Say Will Create 300,000 Jobs to Reactivate Economy
Ruiz said the Senate would be the authority responsible for preventing unnecessary cases and giving a go to those which indeed deserve prosecution.

In early September, the lower house of the Mexican parliament approved in a 420-65 vote with 15 abstentions constitutional amendments that would strip Mexican presidents of immunity against criminal prosecution. The initiative is currently under review at the upper house.