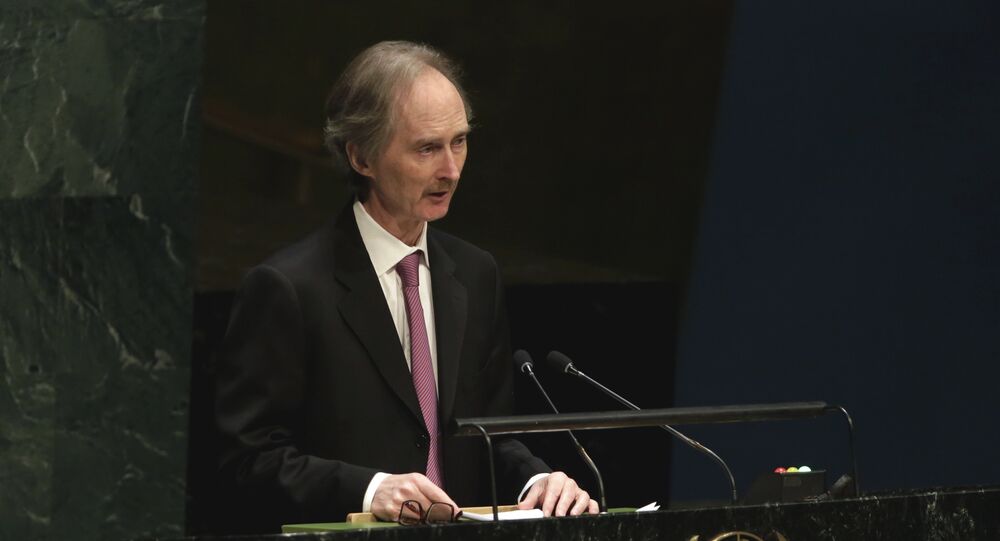 The meeting will be focused on Constitutional Committee meetings which took place earlier in Geneva and will cover the humanitarian situation in Syria.

United Nations Special Envoy for Syria Geir Pedersen called at the Security Council on Friday to establish a nationwide ceasefire in the country, building on the relative calm that exists on the ground.

“While Syria is calmer than before, worrying incidents continue that could destabilize that calm,” Pedersen said. “I appeal to all relevant actors to contain these violent and destabilizing incidents, build on the relative calm that exists and, as resolution 2254 calls for, establish a nationwide ceasefire to protect civilians, maintain international peace and security, and support a political process.”

The senior official has also called on Russia and the United States to advance their dialogue toward a political settlement in the Arab Republic.

“I encourage Russia and the United States to advance their dialogue and for them and other key players, including the Astana Guarantors and those who meet in the Small Group, and the members of this Council, to work with me toward our common goal in Syria: a political settlement in line with resolution 2254,” Pedersen said during a UN Security Council meeting.

The Syrian Civil War has been ongoing since 2011, with President Bashar Assad’s forces fighting against different insurgent groups. The so-called Astana trio, which includes Russia, Turkey and Iran, has been trying to bring the conflicting sides together to achieve peaceful settlement since the first meeting in Astana (now Nursultan) in January 2017.