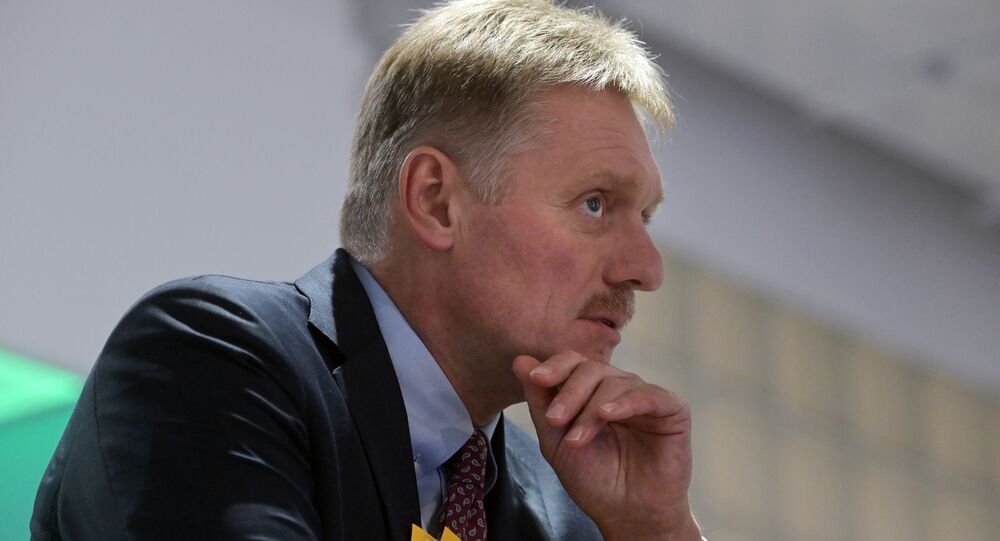 MOSCOW (Sputnik) - Kremlin spokesman Dmitry Peskov on Friday questioned why the items that could serve as evidence in the case of Russian opposition figure Alexei Navalny were taken out of the country.

"We cannot explain it because you know that this bottle if it existed, was taken out to Germany or elsewhere. What could be the evidence to prove poisoning was transported. It begs the question, why," Peskov told reporters.

The spokesman added that, according to toxicology experts, if the bottle had traces of nerve agent on it, it would hardly be possible to transport it.

Peskov added that Russia had tried to get the information on the alleged poisoning from the Organisation for the Prohibition of Chemical Weapons (OPCW), but this organisation is referring Moscow to Germany, where Navalny is being treated. Germany, in turn, refers Russia to the OPCW.

On Thursday, Navalny's official Instagram account said that there were traces of Novichok substance — with which he was allegedly poisoned —on bottles from his room in Xander Hotel in the city of Tomsk.

After the staff of Navalny's Foundation found out he was hospitalised, they called a lawyer, went up to Navalny's room and began registering, describing and packing everything they saw there, including hotel water bottles.

© Sputnik / Alexei Kudenko
Exclusive: Sergei Lavrov Talks About West's Historical Revisionism, US Election and Navalny Case
On 20 August, Navalny fell ill during a domestic Russian flight. He was initially treated in the Siberian city of Omsk, where the plane had to urgently land. Two days later, once the doctors established he was fit for cross-border aerial transportation, the man was flown to the Charite hospital in Germany for further treatment.