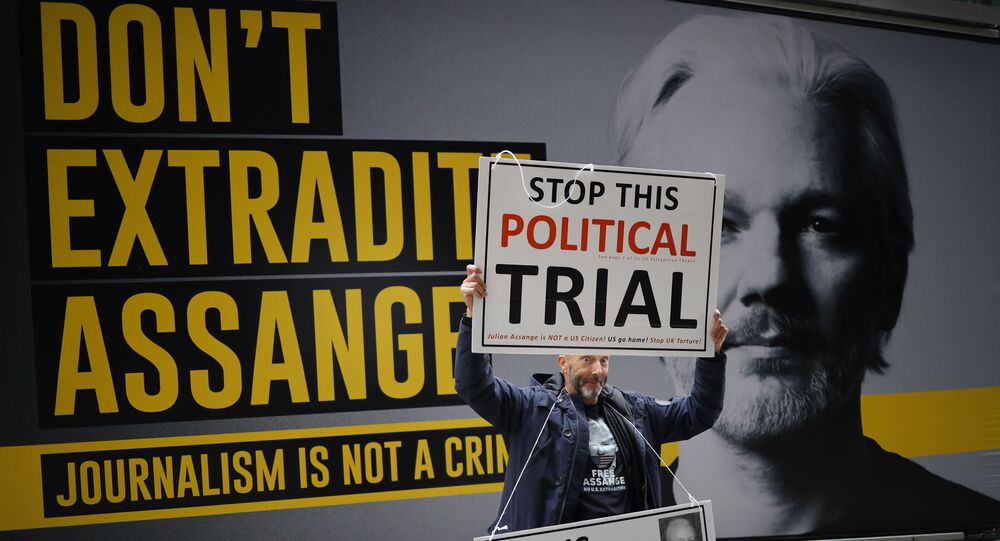 Assange is facing extradition to the US, where he was earlier indicted on 18 charges, mostly regarding violations under the Espionage Act. If convicted, he may face up to 175 years in prison. The hearing on whether WikiLeaks founder Julian Assange should be extradited to the US continues at the London Central Criminal Court on Thursday.

The eighth day of hearings into the case of WikiLeaks founder Julian Assange has started, with two defence witnesses due to be called: Professor John Sloboda, co-founder of Iraq Body Count, and Carey Shenkman, a lawyer specialising in human rights and constitutional law.

Assange, who was sent to the Belmarsh prison in April 2019 after his arrest at the Ecuadorian embassy in London, is attending the trial from behind a glass panel, away from his defence team.

The hearing is expected to last at least three weeks, with high chances for the verdict to be appealed by the losing side.

The WikiLeaks founder has been indicted by the US Department of Justice on 18 charges, most of them regarding violations under the Espionage Act. He is facing extradition from the UK to the United States. If convicted of these charges, Assange may face up to 175 years in prison.

*Follow Sputnik's feed for the latest updates from the hearing.