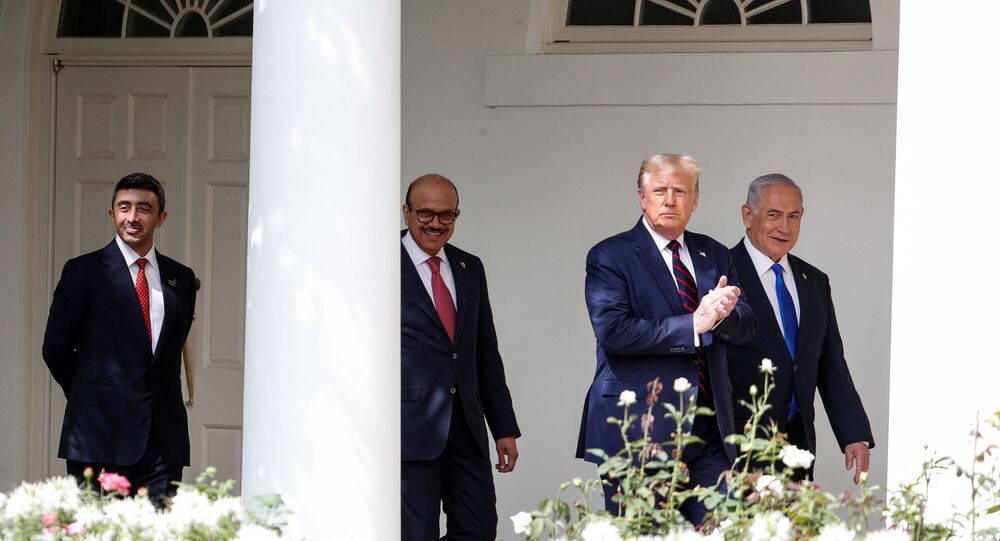 In August, Israel and the UAE agreed to normalise bilateral relations, which, among other things, entailed Israel giving up its plans to expand sovereignty over some West Bank areas. Nearly a month later, Bahraini King Hamad bin Isa Al Khalifa officially announced a similar treaty in a trilateral phone conversation with Trump and Netanyahu.

A live broadcast shows US President Donald Trump taking part in a signing ceremony for peace agreements normalising relations between Israel on the one side and Bahrain and the United Arab Emirates on the other at the presidential residence in Washington, D.C.

At the ceremony, the UAE and Bahrain will officially reconcile with Israel, settling the US-brokered agreements that circumvented the Palestinian issue while allowing a rapprochement between the Jewish state and its neighbouring countries. US President Donald Trump will hold a working lunch with all three delegations after the signing ceremony.

The UAE and Bahrain will be the third and fourth Arab countries to recognise Israel after Egypt and Jordan did so in 1979 and 1994, respectively.