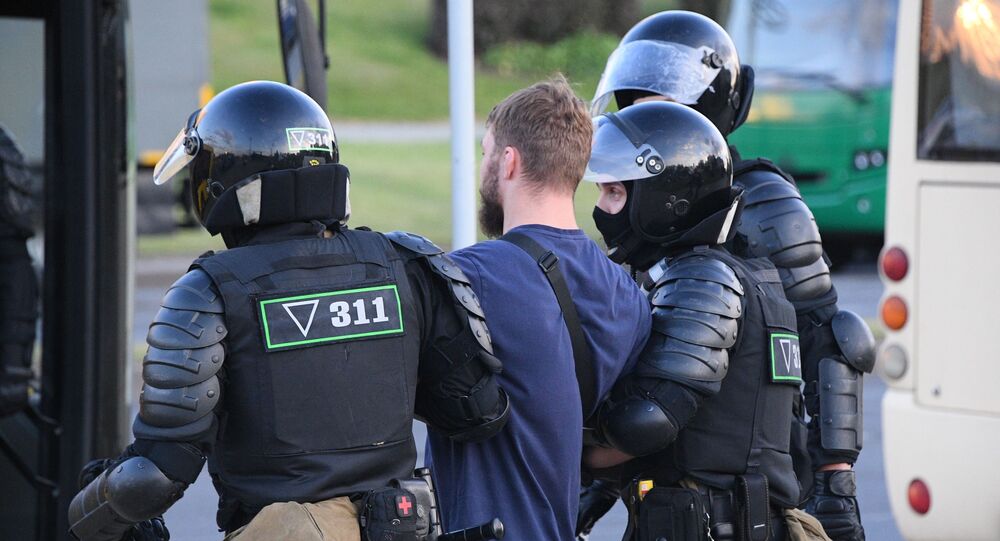 "In total, 32 people were detained yesterday for violating the law on mass gatherings … A total of 18 people were placed in temporary detention facilities until a court can consider their cases", Olga Chemodanova, the ministry's spokeswoman, said on Telegram.

According to the ministry, some 450 people participated in opposition protests and another 800 rallied for the government throughout the country on Friday.

The ministry also warned that participants of unauthorised mass rallies may be punished by 15-day detention.

Belarus is currently facing mass opposition protests that broke out following the presidential election on 9 August that saw President Alexander Lukashenko reelected for a sixth term. While electoral authorities maintain that Lukashenko collected over 80 percent of the vote, the opposition insists that his key contender, Svetlana Tikhanovskaya, won the election.

Opposition figures also accuse the security forces of resorting to excessive violence during the protests.