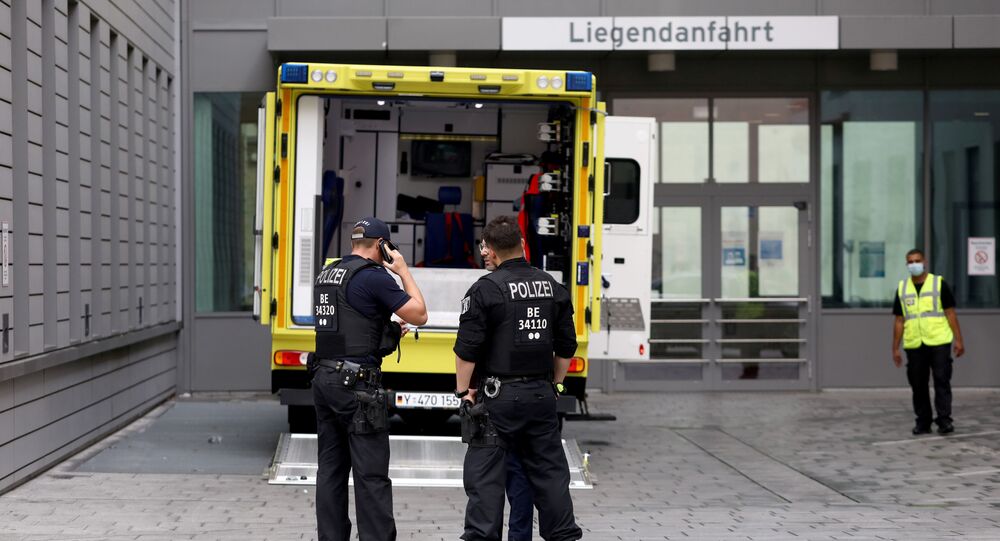 So far, the evidence that Navalny was poisoned with a Novichok neurotoxin is likely to be the biggest catch in this case. While Berlin is urging Moscow to investigate the incident, Russian authorities are demanding that Berlin provide the evidence.

Sputnik contacted the German Ministry of Defense and the Charité Clinic on the matter, asking how things were going with the Bundeswehr special lab's medical report, which gave the German government reason to speak of Navalny's "unequivocal" poisoning, as well as whether Berlin’s demands against Russia are backed with documentary evidence.

Is Toxicology Report Available Only Via The OPCW?

According to the Chemical Weapons Convention, the international organisation, of which Russia is a member, has the mandate to monitor and ban the use, production, storage and development of chemical weapons, he further noted.

When asked whether the federal government plans to share the so-far ambiguous toxicological report with Moscow, the spokesman did not answer, saying instead that it would be better to contact the Ministry of Foreign Affairs.

So far, the OPCW has only officially announced that it is continuing to monitor the situation and is ready to "cooperate with and support all parties to the agreement that request its support".

Why Was the Bundeswehr Lab Engaged in the Research

The Ministry of Defense spokesperson explained that Navalny's tissue samples were examined by Bundeswehr's special laboratory, rather than the Berlin Charité clinic because the Bundeswehr Institute of Pharmacology and Toxicology (InstPharmToxBw) has many years of experience in medical protection against chemical warfare agents and provides forensic toxicological procedures developed in accordance with international standards.

"In this regard, it was logical to involve InstPharmToxBw specialists in this case. This assistance was offered at the request of the Charité Clinic".

She referred to InstPharmToxBw's response to a request by RT, saying that they managed to "indisputably" prove that Navalny had been poisoned with a chemical warfare agent. However, the Institute refused to provide any additional information, citing "confidentiality".

"How can we speak of confidentiality when, according to media reports, there is more and more information exchange between the Charité, the Bundeswehr lab, the British Porton Down lab and Bulgarian institutions?" Zakharova asked.

Earlier, Russia repeatedly pointed out that the Russian Prosecutor General's Office had sent a request for legal assistance to Germany on 27 August and had not received an answer.

For his part, on Sunday evening, German Foreign Minister Heiko Maas said at the Bericht aus Berlin show on the ARD TV channel that the Russian ambassador had already been told that Germany would approve the legal assistance request. "There is absolutely no reason for not approving it". Currently, research is still underway at Berlin's Charité Clinic, where Navalny is being treated, Maas said.

The Russian ambassador to Germany, Sergey Nechaev, called on his German partners "to avoid any politicization of this incident, and to rely solely on credible facts that will hopefully be provided as soon as possible". When discussing the issue on social networks, they have repeatedly pointed to a cooperation offer Russian doctors sent to the Charité Clinic on 22 August, which also remains unanswered.

After repeated inquiries, the Charité Clinic's press service responded to Sputnik's questions as to why the facility had not accepted the Russian doctors' cooperation offer.

"We will inform the public when there are new findings, and we ask for your understanding that we don’t comment on assumptions and speculation", the healthcare facility's spokeswoman, Manuela Zingl, said.

The clinic will not answer any further questions beyond its press statements on the Navalny case, she added.

Sputnik has sent further inquiries to the German Foreign Ministry and the OPCW.