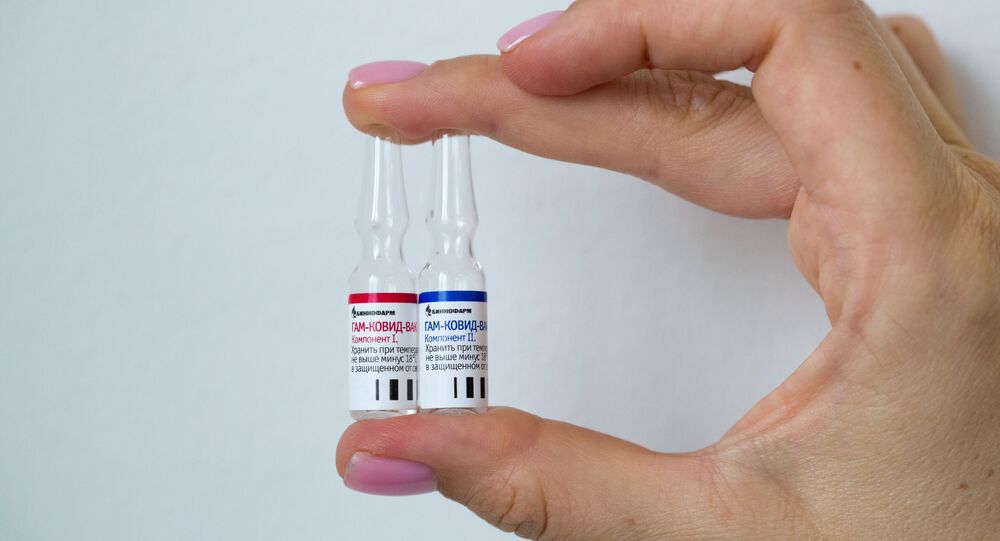 'This is a Milestone, a Turning Point': Sputnik V’s Mexican Distributor on Russian Vaccine

The pharmaceutical company Landsteiner Scientific has signed an agreement with the Russian Direct Investment Fund (RDIF) to purchase and distribute 32 million doses of the Russian vaccine Sputnik V in Mexico. Sputnik discussed the issue with the laboratory’s medical director Alejandro Lara.

Regarding the choice of the Russian drug, Lara pointed to the vaccine’s performance during phase I and II studies, as well as the fact that it is based on the Ad5 and Ad26 adenoviruses, as the factors that influenced Landsteiner Scientific’s decision to purchase Sputnik V.

“I think that using a drug like Sputnik V, which shows better efficacy, as it has already been proven in The Lancet article about phase I and II studies, is a huge incentive and generates great expectation and excitement in the Mexican population,” he stressed.

“Another important factor that has raised the expectations of the Russian vaccine is cellular immunity that is created after its application (...) This is a milestone, a turning point. It gives us the tools and time to treat, prevent, alleviate the disease and learn more about its consequences,” Lara said.

Although the first deliveries of the Russian vaccine are scheduled for November 2020, Alejandro Lara pointed out that the health authorities haven’t yet approved it.

“We need to have it approved by the Mexican regulatory authorities. We have the knowledge and experience to make this happen,” he said.

“We cannot let 2021 arrive without having a vaccine,” he stressed.

“We want to strictly follow the guidelines of the Russian protocol in phase III, which involves the most at-risk people, those over 60 and health professionals. We strongly believe that testing a small number of vaccines in such a population should be the first step, because thus we’ll have the opportunity to open access to this population group and other people in need of the vaccine in the second stage, under the basic principles and in accordance with Mexican norms,” he said.

Lara also stressed that they have established excellent interaction with the Russian authorities.

“When the goal is maximum, you should maintain communication; and I have no doubt that both parties know what teamwork is. I believe that teamwork should pay off. (...) This is an urgent need for the population and doctors today,” he said, adding that he believes that the cooperation between Russia and Landsteiner Scientific would be fruitful “because the goal is genuine and very clear: to prevent the disease and restore public health.”

The doctor also expressed the hope that, once approved, Sputnik V could be effectively distributed through Mexican state health facilities. At the same time, he calculated that the doses received by Landsteiner Scientific could cover 30 percent of the country’s population.

According to the medical director, who previously contracted a moderate form of COVID-19, there is more and more knowledge about the new coronavirus. However, there is still much to be learned.

“We are dealing with a disease, whose consequences we don’t know about; we still don’t know much about it. A prevention tool is everything; it does more than treating the disease or trying to alleviate its complications or consequences. I think this is a turning point and that is what we all should promote: prevention,” he said.