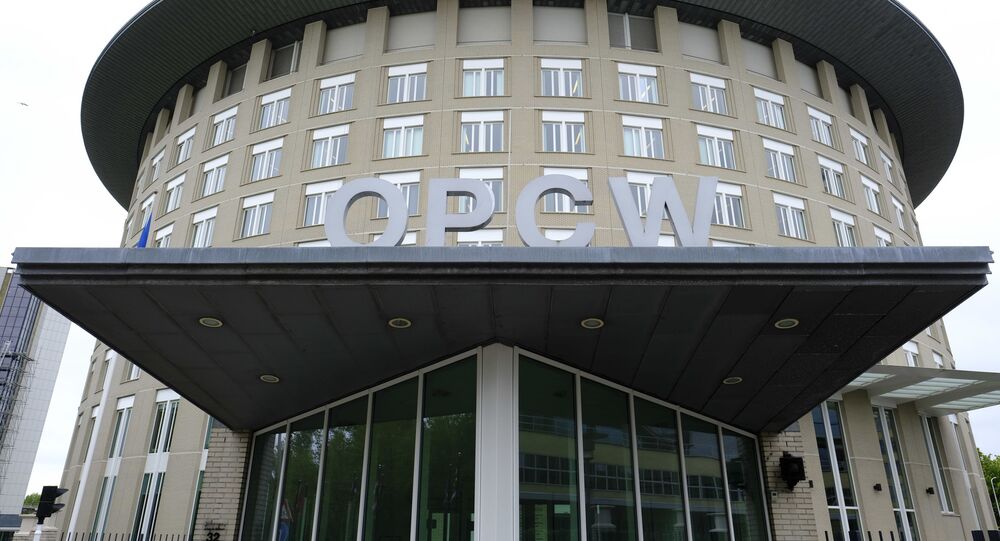 MOSCOW (Sputnik) - Germany is refusing to share its information on Russian opposition figure Alexey Navalny with Moscow, claiming that it is state secret, Alexander Shulgin, Russia's envoy to Organisation for the Prohibition of Chemical Weapons, said Friday.

"Our German colleagues refuse to share materials with us bilaterally, claiming that there is some state secret and so on. But if they bring all of this to the OPCW, maybe, they will remember their obligations as the party to the Chemical Weapons Convention," Shulgin said as aired on Channel Pervy.

There is enough evidence for the Organisation for the Prohibition of Chemical Weapons (OPCW) to start an investigation into the alleged poisoning of Russian blogger Alexey Navalny and Germany is working in this direction, German government spokesman Steffen Seibert said on Friday.

"There are all the prerequisites for the OPCW to open an investigation. The German government has taken steps to provide the evidence but this is not yet complete," Seibert said, adding that he is unable to reveal any more information do to its secrecy.

The German Defence Ministry said that it has handed lab results indicating Navalny's nerve agent poisoning over to the foreign ministry, which, in turn, should forward them to OPCW. The Russian permanent representative at the OPCW said nothing has been handed over so far and added that Russia will continue to insist on clarifying all the details of the case, of which it had not been made aware by Germany, with Berlin.

Navalny, 44, fell gravely ill while on a flight from Siberia to Moscow on 20 August. He was placed in a hospital in the Siberian city of Omsk, where the plane made an emergency landing. Two days later, Navalny was transported to the Berlin-based Charite clinic for further treatment.

Last week, the German government said traces of a nerve agent from the Novichok group were detected in Navalny's system. Moscow said Russian doctors found no toxic substances before he was transported to Germany and that Berlin has provided no evidence to support its claims. Russia has asked for information on Navalny's condition and on 27 August sent a legal assistance request to Berlin, but received no response. The Kremlin said that Russian needs access to the information before it can open an investigation. Russia has also said that it has not produced any Novichok group substances since the OPCW verified the destruction of its chemical weapons stocks in the early 1990s.

Germany, meanwhile, admitted that its intelligence has had access to Novichok since at least the 1990s. Russian chemist Leonid Rink, who took part in Novichok experiments in the Soviet Union, said the Navalny's symptoms did not at all resemble those of a Novichok poisoning.

Navalny has since partially recovered and was awoken from his medically-induced coma earlier this week, according to German media reports.