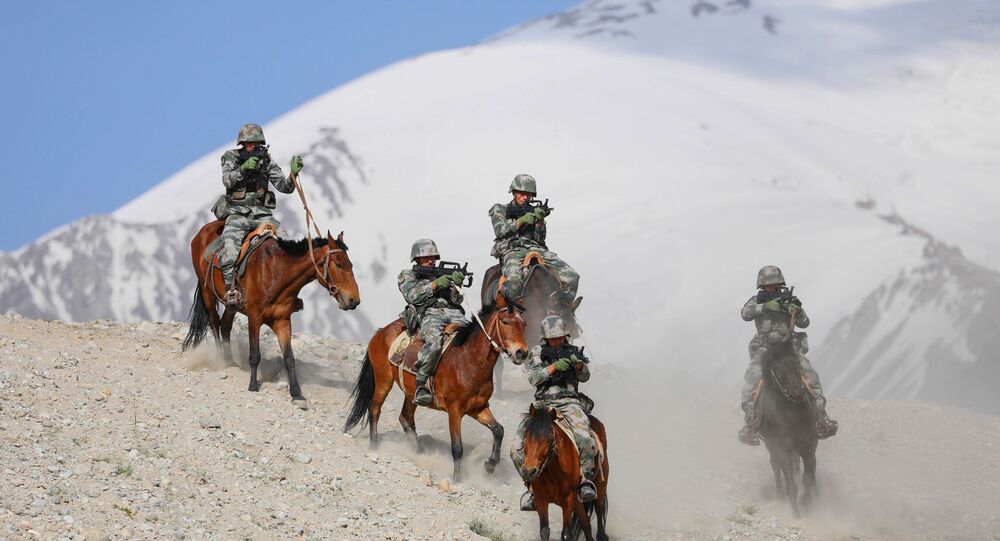 Months of border hostilities between India and China have started to be reflected on social media with tech-savvy young people from both sides fighting a war of words on Twitter. The armies of the two Asian rivals have been involved in several skirmishes since April over the contested Ladakh region.

Hu Xijin, editor-in-chief of Global Times, China's state-run media, on Friday posted a video of Chinese soldiers enjoying hot meals in subzero temperatures in Ladakh delivered via drones, and added a caption "some sympathize with the nearby Indian soldiers who can only eat cold canned food and have to endure the severe cold and potential spread of COVID-19".

With these drones, the PLA’s frontline soldiers can enjoy hot meals once winter reaches the plateau. Some sympathize with the nearby Indian soldiers who can only eat cold canned food and have to endure the severe cold and potential spread of COVID-19. pic.twitter.com/Rci5H8Wbmy

The video, which was perhaps aimed at gaining praise for the People's Liberation Army and Chinese government, ended up garnering some strong reactions on Twitter.

Indian netizens called the video an attempt to "show off" and slammed it saying the border is not a place for a picnic.

Yes your little boys are here for picnic we know. Indian army is safeguarding Siachen from 1983. We can understand you haven’t read any books apart from this red one pic.twitter.com/cWXY6vyRQu

Others took aim at the attempt to mock Indian army and resorted to memes.

Our Soldiers rule the Siachen. Will your chocolate soldiers be able to survive the cold winters 🤔 pic.twitter.com/AUrFRp43YK

Hope you enjoy your picnic at Himalayas. Once war knocks the great Wall doors, fly as much drones you want and eat as much hit food you want. 😍😂😂 pic.twitter.com/RpoGtqJJ1I

PLA soldiers practicing very hard.......This is how they will face Indian Army😂😂😂 pic.twitter.com/MO6XhnjJic

New Delhi and Beijing recently agreed to abide by existing bilateral accords and protocols so as to "maintain peace and tranquility in the border areas".

© Sputnik
'Knife Edge' Situation as Images Show Dozens of Chinese Troops With Spears Near Indian Post
The ongoing tensions between India and China since April flared up in late August when both countries accused each other of crossing the loosely demarcated Line of Actual Control and firing gunshots, the first use of firearms in the area for 40 years.