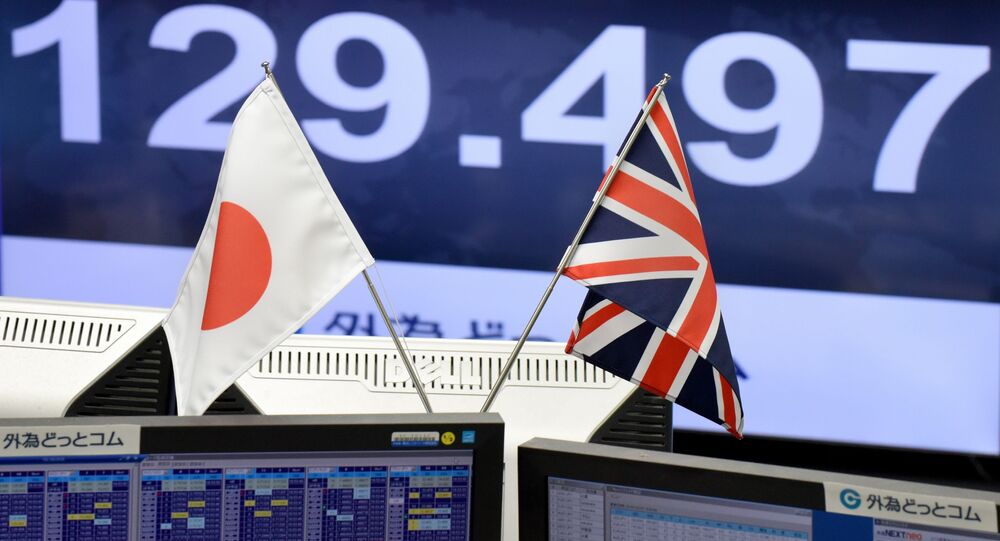 Earlier this week, Reuters reported citing anonymous officials in Tokyo that Japan intends to speed up trade talks with the United Kingdom and reach a broad consensus on an agreement this week.

The UK's Department for International Trade said in a statement on Friday that it had secured a free trade deal with Japan, the country's first major post-Brexit agreement.

"The UK has secured a free trade agreement with Japan, which is the UK's first major trade deal as an independent trading nation and will increase trade with Japan by an estimated 15.2 billion pound ($19.5 billion, 16.5 billion euros)," the statement reads.

According to the department, the newly concluded deal means that 99% of the country's exports to Japan would be tariff-free.

The deal, which London said represents an important step towards the UK joining the Comprehensive and Progressive Agreement for Trans-Pacific Partnership (CPTPP) was agreed in principle by UK’s international trade secretary Liz Truss and Japan’s foreign minister Motegi Toshimitsu via a video call on Friday,

"This is a historic moment for the UK and Japan as our first major post-Brexit trade deal. The agreement we have negotiated – in record time and in challenging circumstances – goes far beyond the existing EU deal, as it secures new wins for British businesses in our great manufacturing, food and drink, and tech industries," Truss was quoted as saying.

The trade deal agreed with Japan comes amid a fresh row between the UK and the EU over their future trade relationship following prime minister Boris Johnson’s decision to put forward an internal market bill that would override some parts of the Withdrawal Agreement.

According to Johnson, the proposed legislation seeks to ensure barrier-free trade between the United Kingdom’s four constituent nations, but European Commission vice president Maros Sefcovic warned on Wednesday that if the bill were to be adopted, "it would constitute an extremely serious violation of the Withdrawal Agreement and of international law."

© AP Photo / Eugene Hoshiko
Nikkei Tumbles 1.66 Percent Amid Shinzo Abe Resignation, UK-Japan Post-Brexit Trade Talks - Report
The EU official also called on the UK government to withdraw these measures from the bill in the shortest time possible and in any case by the end of the month and said that Brussels will not be shy in using some of the mechanisms and legal remedies included in the 2019 Withdrawal Agreement to address any violations of the legal obligations contained in the text.

Sefcovic issued the warnings after holding an emergency meeting in London with UK Cabinet Office minister Michael Gove, who replied that the UK government remains committed to passing the law in spite of the EU's concerns.