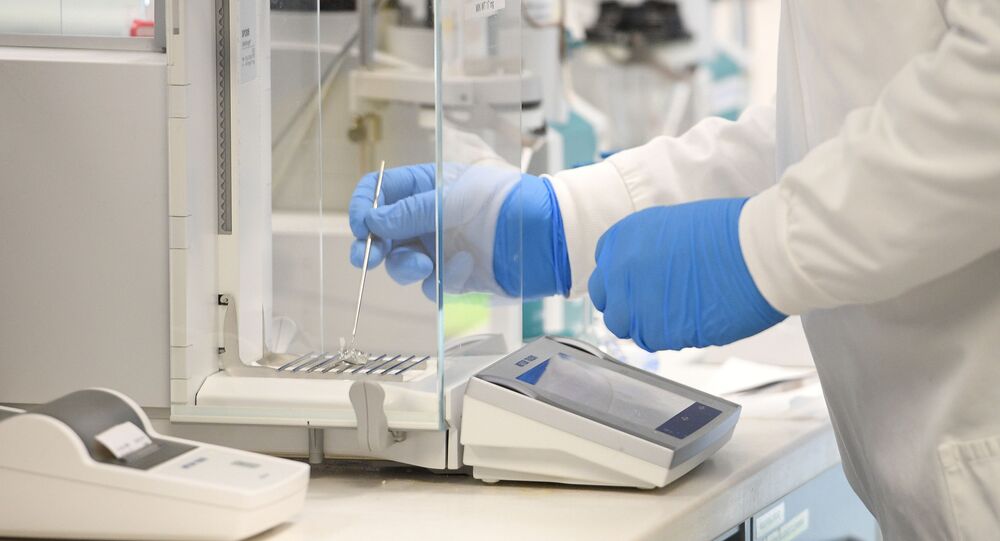 MOSCOW (Sputnik) - The UK-developed AstraZeneca's COVID-19 vaccine has allegedly caused high fever, chills, severe headache, and fatigue in one of the volunteers 14 hours after receiving the shot, the London-based Daily Mail newspaper reported on Thursday.

On Tuesday, the pharmaceutical company reported that it had halted vaccine trials because of a suspected adverse reaction in a participant. UK Health Minister Matt Hancock said on Wednesday that the decision to put the Oxford COVID-19 vaccine trial on hold was not necessarily a setback.

The trial participant added that the headache during the first two days after the vaccination was so severe that he could not concentrate.

"I still felt weak for a couple of days afterwards and not completely myself - although the symptoms were not as severe as the first day, which was awful," the man said.

According to the media outlet, the volunteer was supposed to have a booster shot earlier this week, but his appointment got cancelled.

"As is our routine practice, the case will be carefully reviewed by an independent safety monitoring committee and the UK regulator to advise when the clinics should be rescheduled," AstraZeneca’s project manager said in an email, as cited by the daily.

The vaccine being developed by AstraZeneca in partnership with the Oxford University's Jenner Institute and the Oxford Vaccine Group is in phase 3 trials, which is the final stage before safety and efficacy data can be submitted to health regulators for approval.

More than 50,000 people worldwide have been taking part in the clinical studies to see whether the candidate vaccine, known as AZD1222, can develop an immune response to the COVID-19.