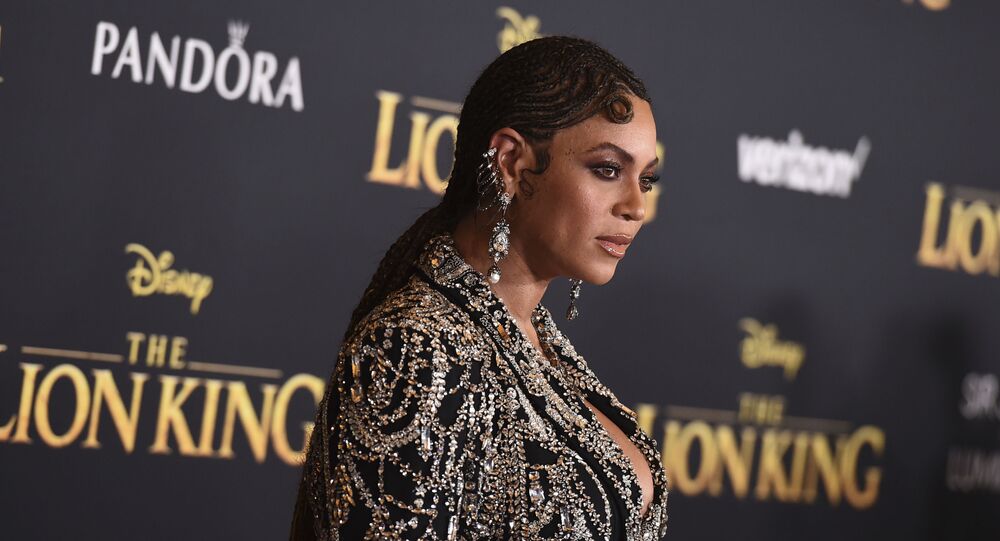 Beyoncé has long been lauded for promoting Black pride and body-positivity. A new Bollywood song which mentions her in its lyrics is being perceived as a blow to the singer’s stance against discrimination.

Indian fans are apologising to the iconic singer Beyoncé for an upcoming Bollywood movie song titled 'Beyonce Sharma Jayegi’, criticising it for its ‘sexist’ and ‘racist’ lyrics.

The peppy dance number, featuring Bollywood actress Ananya Panday and actor Ishaan Khatter, is in hot water for its lyrics suggesting Beyoncé should be ashamed of not being as fair as the actress in the song.

The controversial lyrics go as “Oh tujhe dekh ke goriya, Beyonce sharma jayegi” which translates as “after looking at you fair woman, Beyonce will feel shy/ashamed”.

Beyoncé’s fans are weighing in by hitting the dislike button on the Youtube video of the song, which was released on 7 September. The song has over 490,000 dislikes and 60,000 likes.

Others went public on Twitter to ridicule the song for blatantly promoting racial and skin colour-based discrimination (colourism), which is seen by many as problematic in a country where lighter-skinned people are often seen as historically being from the more privileged castes.

not only this is embarrassing but the line "tujhe dekh ke goriya, beyonce sharma jayegi" (just by looking at you fair/white lady, beyonce will be embarrassed) is so racist.

please gimme the name of lyricist who came up with this colorist and racist statement https://t.co/LU0jJlehBa

Beyonce didn't make lemonade album ( that is about black power) for this talentless rats to make a song about how this ananya pandey's so-called white skin could make beyonce shy!

Lmao the lyricist and the whole record label should be sued for this TRASH!

Oh Dear! #BeyonceSharmaJayegi
Might be the worse thing I’ve seen ever! 🤮
I’d like to apologise to @Beyonce for this racist sexist hot mess. #BLM #mondaythoughts https://t.co/EXc1zmdHFe

Beyonce made a song ‘Brown Skin Girl’ featuring Indian women, giving them so much of respect and Bollywood made a song ‘Beyonce Sharma Jayegi’.

Will Beyonce ever do a single concert in India after this? pic.twitter.com/c3qFWa9YDq

These Bollywood Industry now is literally out of sense. Think twice before saying something.Where @Beyonce 💗is fighting for the racism and making it normalised and these videos lyrics saying (Beyoncé Sharma jayegi) such a stupidest meaning of song ever heard#BeyonceSharmaJayegi pic.twitter.com/w7rEeo9KzM

​However, some Twitter users reasoned that the word "goriya" is simply used to refer the the girl as "beautiful girl" and not as "fair girl".

Bollywood is a $2.4 billion film industry with a massive audience, and its representation of Indian culture through films and songs has drawn scrutiny.

Earlier several accused actors like Priyanka Chopra Jonas and Disha Patani for endorsing fairness creams while supporting the Black Lives Matter movement of the US. They were called out as “hypocrites".