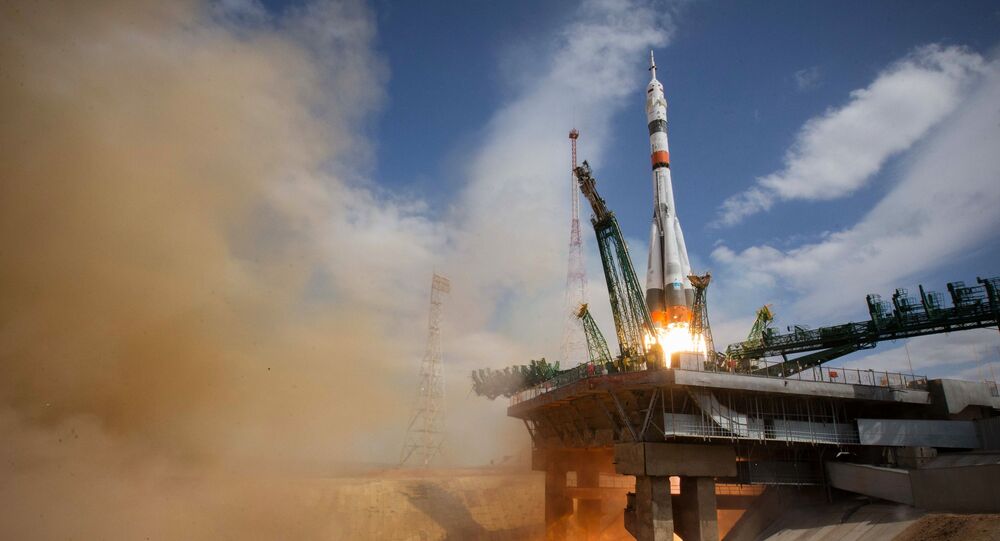 MOSCOW (Sputnik) - NASA changed its mind and decided not to buy a seat on Russia's Soyuz spacecraft to deliver its astronaut to the International Space Station (ISS) in the spring of 2021, according to Roscosmos' 2019 annual report.

In May, NASA chief Jim Bridenstine announced that the option of acquiring a seat on the Soyuz MS-18 manned spacecraft, which would be launched in April 2021, is being considered. In August, a source in the space industry said that for the first time in the history of the ISS, a crew consisting of only Russian cosmonauts would fly on Soyuz MS-18, but there was no official confirmation of this so far.

"At the beginning of 2020, the US side announced its readiness to purchase services for the delivery of only one astronaut in the fall of 2020: the conditions are currently being discussed, the modification project is being adjusted," the report says.

This will allow the agency to ensure that at least one AUS astronaut would be on the ISS until October 2021 in case of delays in the launches of new US manned spacecraft.

According to NASA, since 2006, the United States has purchased 72 seats in Soyuz spacecraft from Russia for a total of over $4 billion to transport US, European, Canadian and Japanese astronauts to the station and back to Earth. During this time, the cost of one flight for them increased from $20 million to $90 million.