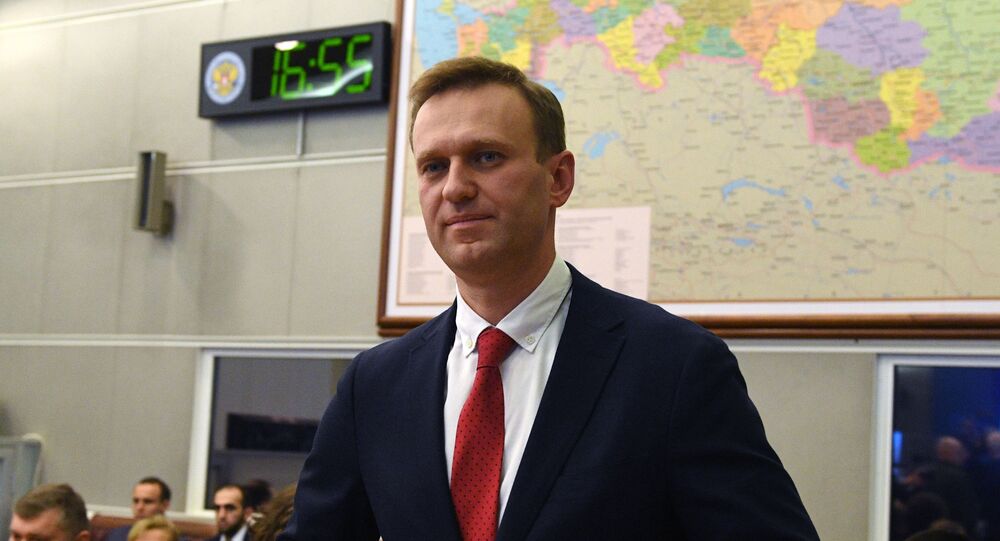 On 20 August, Navalny fell ill during a domestic Russian flight from Tomsk to Moscow. He was initially treated in the Siberian city of Omsk, where the plane made an emergency landing. He was later flown to Berlin for further treatment. Last week, Berlin said that doctors found traces of a nerve agent from the Novichok group in his system.

Russian opposition figure Alexei Navalny is out of artificial coma and is responding to speech, Charite, the German clinic where he is undergoing treatment, said in a tweet on Monday. The hospital added that Navalny is being weaned off mechanical ventilation, but it remains to be seen what impact his “severe poisoning” could have.

The hospital said in a press release that they remain in contact with the opposition figure's wife, stressing that it is now up to Navalny to make a decision on the disclosure of the details of his medical condition.

On 20 August, Navalny's health suddenly deteriorated while he was on board a domestic flight from the Siberian city of Tomsk to Moscow. He was initially taken to hospital and treated in the city of Omsk, where the plane made an emergency landing. Navalny's spokeswoman alleged that he had been poisoned, but the Russian doctors said there were no traces of poison in Navalny's blood or urine, suggesting a metabolic imbalance and low sugar level as the main working diagnosis.

Two days later, the opposition figure was transported to the Charite hospital in Berlin to continue his treatment.

​​After performing medical tests, German doctors discovered traces of a substance from a group of cholinesterase inhibitors in his system.

However, several days later the medics announced that they had found traces of a nerve agent from the Novichok group in Navalny's body.

Moscow has denied the claim that Navalny was poisoned.

Kremlin spokesman Dmitry Peskov said that no toxic substances were detected in tests conducted on Navalny before he was transported to Berlin for treatment.

Russian Foreign Ministry spokeswoman Maria Zakharova has also pointed to the lack of evidence behind the allegations, adding that the situation involving Navalny is reminiscent of a classic information campaign run by politicians against Russia.

Alexei Navalny, 44, is a Russian opposition figure and blogger, known for establishing the Anti-Corruption Foundation (FBK), which has made numerous investigative documentaries about Russian officials. He attempted to run for the Russian presidency in the 2018 election, but was barred from doing so by Russia's Central Electoral Commission due to his previous convictions on embezzlement charges.