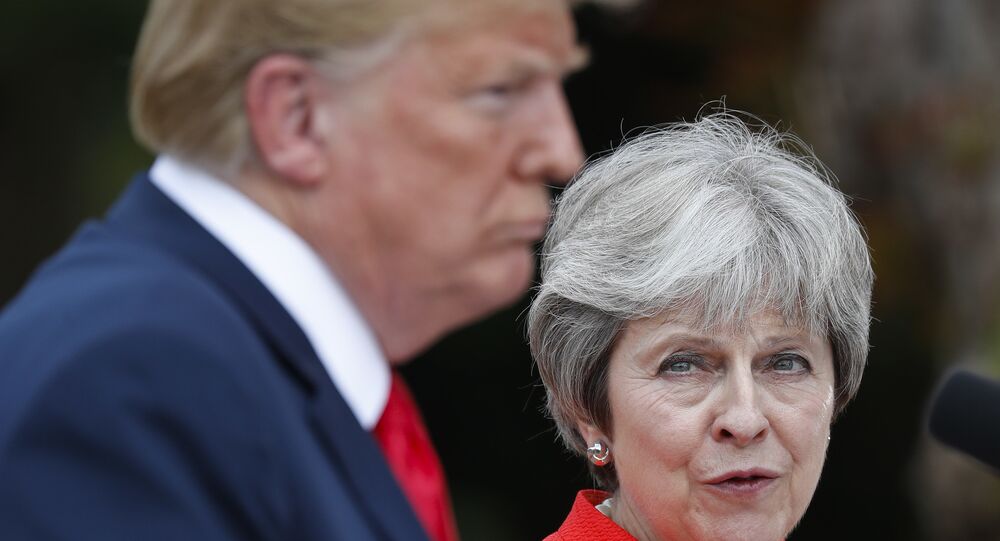 Special Relationship: Donald Trump Reportedly Bullied Theresa May and Almost Made Her Cry

Trump reportedly asked other world leaders what they thought about Mrs May and told German Chancellor Angela Merkel and French President Emmanuel Macron that the prime minister had made a mistake when she called for a general election in 2017, which saw the Conservative Party lose their majority in the Parliament.

US President Donald Trump had a bullying tone during negotiations with former British Prime Minister Theresa May and the POTUS mansplained to her, The Telegraph reported, citing a cache of leaked notes taken during US-UK meetings and conversations.

According to the documents, the phone calls between the two were described as "nightmarish", with the US president reportedly often ignoring topics of discussion and going on long monologues. "It is hectoring, it is relentless, it is forceful, it is difficult to get a word in", one ex-May adviser who listened to the conversations said about Trump’s style of conducting negotiations.

One US official who listened to a call between the two leaders claimed Mrs May got so frustrated at two points that the they thought she would either "scream or start crying" when she discussed potential measures against Russia following the poisoning of former Soviet spy Sergei Skripal and his daughter Yulia in 2018 in the English city of Salisbury. London claimed that Skripal, who defected to Britain, had been poisoned with the Novichok nerve agent by two Russian operatives, a claim which the Kremlin denied.

At the time, Mrs May urged Trump to take the lead in global action against Moscow. "No, I would rather follow than lead", Mr Trump is quoted as saying in response. According to the notes, the US president allegedly wanted a concerted effort to punish the Kremlin.

Other revelations made in the notes include: