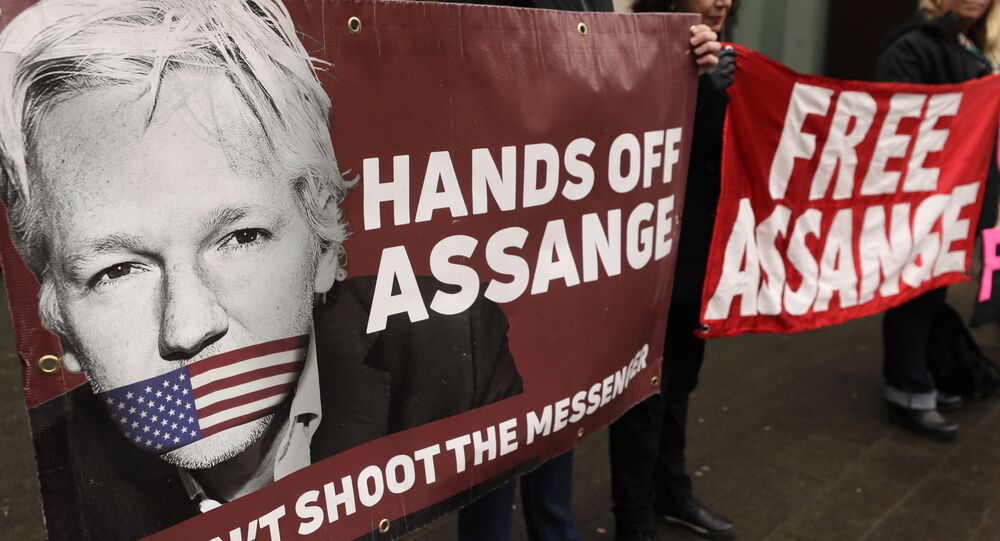 If a UK court consents to Julian Assange's extradition to the US in a trial due to resume on Monday, the WikiLeaks founder could be sentenced to 175 years behind bars in an American prison. He faces 18 criminal charges related to endangering US national security by conspiring to obtain and disclose classified information.

Stella Morris, Julian Assange's partner and the mother of his two children, has told the Daily Mail that if the WikiLeaks founder is extradited to the US, he will almost certainly face "a show trial" there.

"It is heartbreaking to think that if Julian is extradited and put in a US supermax prison, the boys will never get to know their father and he will never see them grow up. It's not Julian in the prison. It's the kids that are being deprived of their father. It's me that's being deprived", she pointed out.

Morris called on all those who dislike Assange to focus on "bigger issues", claiming that "Julian's case has huge repercussions for freedom of expression and freedom of the press".

"This is an attack on journalism […]. If he is extradited to the US for publishing inconvenient truths about the wars in Iraq and Afghanistan, then it will set a precedent and any British journalist or publisher could also be extradited in the future", the 37-year-old argued.

She claimed plenty of abuses of the legal process throughout the Assange case, including "spurious new charges being introduced at the last minute, even though the hearing began in February". According to Morris, the case "should be thrown out for that reason alone".

"But there are also fundamental legal reasons why the extradition should be blocked. This is a political act by the Trump government and Julian is accused of a political offence, which is outside the terms of the UK-US extradition treaty", the woman emphasised.

Morris urged "anyone who cares about freedom of expression and freedom of the press" to support Assange's "fight against extradition".

On Monday, the Central Criminal Court of England and Wales will resume hearings on Assange who is currently in the Belmarsh high-security prison in London pending extradition to the US on charges of espionage potentially punishable by a 175-year prison term.

© AP Photo / Burhan Ozbilici
UN Rapporteur on Torture Says Assange Case Made Him Scared to Learn More About 'Mature Democracies'
The WikiLeaks founder faces 18 criminal charges related to endangering US national security by conspiring to obtain and disclose classified information. In 2010, he leaked top secret cables that specifically exposed US transgressions during the Iraq and Afghan wars.

Assange spent seven years in the Ecuadorian Embassy in London after skipping bail and asking for political asylum in 2012 to evade possible extradition to the US. He was forced out of the embassy in 2019 before being sent to the Belmarsh Prison in London pending an extradition trial