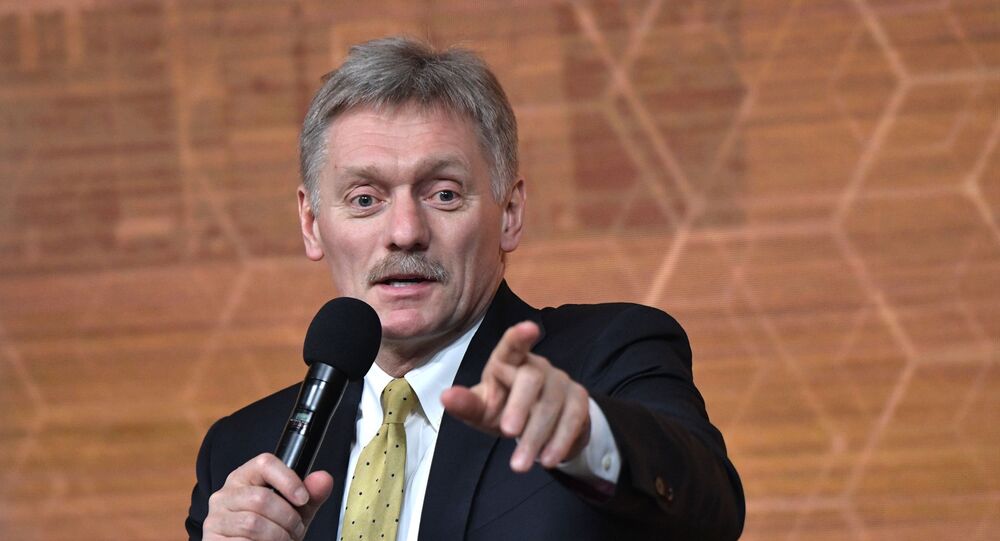 MOSCOW (Sputnik) - The Kremlin would not want Germany and other countries to jump to conclusions on the situation with Russian opposition figure Alexei Navalny, presidential spokesman Dmitry Peskov said Thursday.

"We would definitely not want our partners in Germany, in other European countries to jump to conclusions," Peskov said.

Russia does not understand yet what caused Angela Merkel to speak about the "poisoning" of Navalny, Peskov told reporters, adding that there have not been any contacts between Russian President Vladimir Putin and the German chancellor so far, but it could happen if either deems it necessary.

Peskov further said that the Kremlin doesn't understand what could lead people to discuss sanctions against Russia in this situation and believes that any statements against Nord Stream 2 are emotional.

"There are no accusations and no reasons to accuse Russia. That's one thing. And we are not inclined to accept any accusations on this," the spokesman said.

"I cannot tell you who could find this beneficial -- poisoning this person. I don't think anyone could benefit from this — if you consider this reasonably," Peskov said.

"The multiple tests taken before the patient was sent to Berlin showed no poisonous substances. We are definitely interested in finding out what happened with the Berlin patient," Peskov said, adding that Russia needed information from Germany for that.

Berlin on Wednesday claimed a German military laboratory had undeniable proof of 44-year-old Russian opposition figure Navalny's "poisoning" with the Novichok group nerve agent. Peskov told reporters later in the day that Russian doctors had not found any traces of poison in Navalny's samples during his treatment in the Russian city of Omsk.

Navalny fell gravely ill during a flight from the city of Tomsk to Moscow on 20 August. He was immediately hospitalized after the plane had made an emergency landing in the Siberian city of Omsk. Shortly after the activist fell ill, his spokeswoman Kira Yarmysh rushed to claim that he might have been poisoned.

Russian medics found no traces of poison in his samples upon conducting multiple tests, saying that Navalny's condition was caused by an abrupt drop of glucose in his blood due to a metabolic imbalance.

Two days later, Navalny was transported to the Charite clinic in Germany for further treatment. German doctors claimed to have found traces of a substance from the group of cholinesterase inhibitors in his body, which the Russian doctors denied, citing his test results.