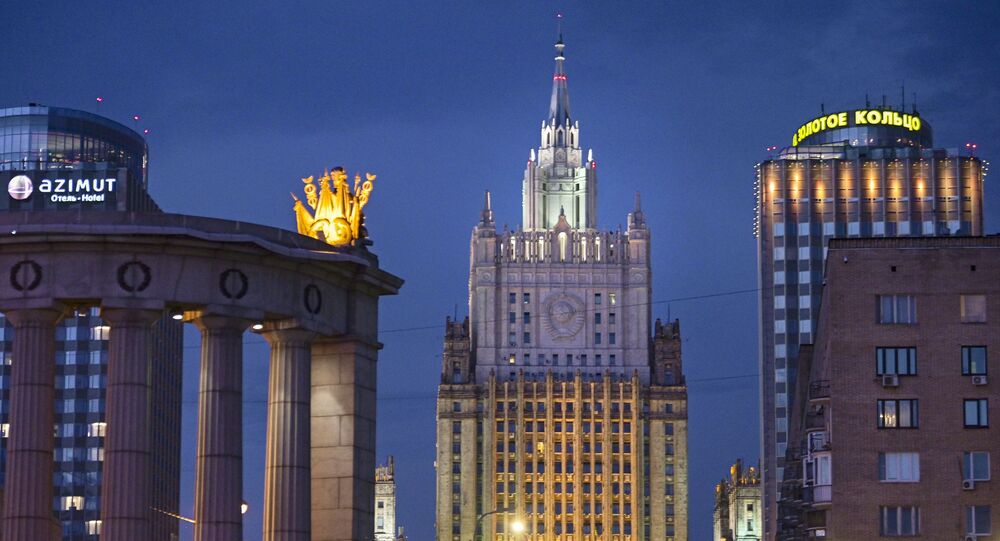 The German government claimed earlier in the day that tests performed on Russian opposition figure and blogger Alexei Navalny showed that he had been exposed to a nerve agent from the Novichok group.

The Russian Foreign Ministry stated on Wednesday that Berlin's appeal to the EU, NATO and the OPCW on the Navalny case is needed to justify pre-arranged "response measures."

"As far as we understand, the main addressees of today's statements were the EU and NATO, and for some reason, the OPCW was also mentioned. This was instead of doing what should have been done in the first place, namely, to respond to the request of the Russian Prosecutor General's Office. Once again, I want to emphasize that this request remained unanswered, on a par with two other requests sent by Russian doctors to their German colleagues," Russian Foreign Ministry spokeswoman Maria Zakharova said.

If Berlin's goal is a genuine investigation, like it is for Russia, the case should be reviewed in the legal framework as both "the political will and legal tools" are there to give it a go, according to the spokeswoman.

The behaviour of the German Justice Ministry and doctors makes it seem as if they were prohibited from communicating with the Russian colleagues around the Navalny case, the Russian Foreign Ministry added.

The ministry pointed out that doctors from the Russian city of Omsk, where Navalny was initially hospitalised after feeling unwell on a domestic Russian flight on 20 August, offered assistance in the further diagnostics in a letter sent to the German counterparts from the Berlin-based Charite hospital, where the politician was transported two days later.

"The German hospital replied by thanking them for concerns, but not requesting any concrete assistance. The Russian doctors' second letter, sent on August 27, with a request to share the data pointing to Navalny's 'intoxication' with the cholinesterase inhibitors [the German doctors' initial diagnosis] has received no reply," the ministry emphasised.

Meanwhile, Kremlin spokesman Dmitry Peskov told reporters that a whole range of tests was conducted for Russian opposition figure Alexei Navalny in Russia before he was taken to Berlin, no toxic substances were detected.

"Before the patient was taken to Berlin, in accordance with all international standards, a whole range of tests was carried out in our country, no toxic substances were detected," Peskov said.

Russia is ready for all-round interaction with Germany to clarify the situation around Navalny, but the Kremlin notes that Berlin did not respond to the previously sent official inquiries, he said.

At the same time, answering the question of how the Kremlin will react to Berlin's statement, Peskov said: "At the moment we cannot competently respond to these statements."

"Our doctors have also officially proposed the exchange of data and have not yet received, unfortunately, a response from their German colleagues," Peskov added.

Earlier in the day, a spokesman for the German government claimed that tests performed on the Russian opposition figure showed that he had been exposed to a nerve agent from the Novichok group.

© REUTERS / Michele Tantussi/File Photo
Berlin Hospital Says Poisoning Symptoms Lessening in Russian Opposition Figure Alexei Navalny
On 22 August, Navalny was flown to Berlin for further treatment. German doctors claimed that they had found traces of a substance from the group of cholinesterase inhibitors in his body, which the Russian doctors denied, citing his test results.

On 26 August, the Russian medics published an open letter decrying the criticism they have faced after Navalny's transportation to the German clinic, Charite, and called the situation around the activist a "political diagnosis."