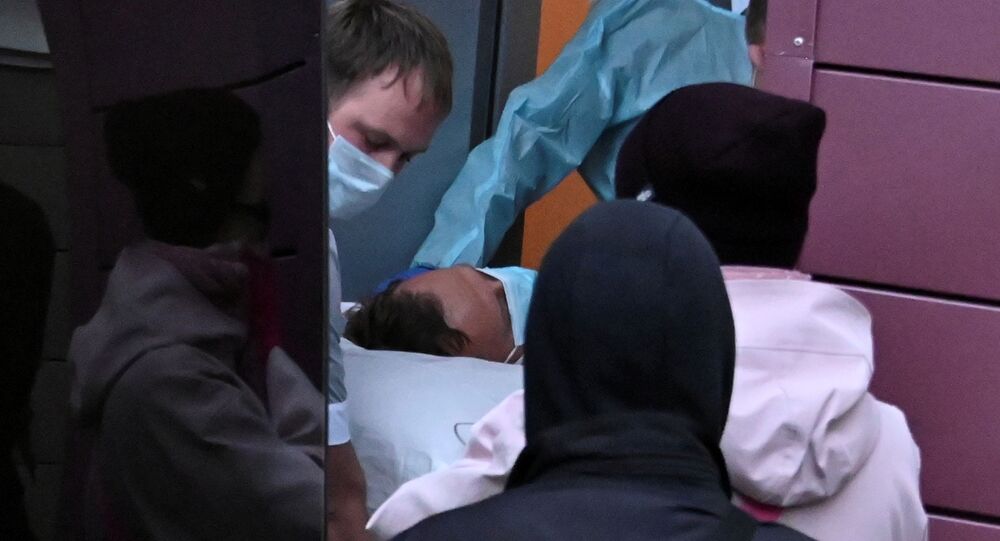 MOSCOW (Sputnik) - The symptoms of Russian opposition figure Alexei Navalny's alleged poisoning are absolutely uncharacteristic of the use of the Novichok nerve agent, Leonid Rink, who was directly involved in the development of Novichok, said.

According to Rink, if Novichok had been used, the symptoms of poisoning would have been different:

"There would be convulsions and so on. Completely different symptoms," the developer said.

In case Novichok had been used against Navalny, he would not have been in a coma but dead.

An attempt to link Navalny's "poisoning" with the use of the Novichok nerve agent against him is a political step, Rink said, adding that it is "political nonsense, absolutely."

He also said that Russian doctors did all the necessary tests when Navalny was hospitalised in Omsk, his blood and urine samples were analysed not only in local laboratories but also at the leading clinical centres in Moscow.

Earlier on Wednesday, spokesman for the German government, Steffen Seibert, said that at the request of the Charite clinic a Bundeswehr laboratory ran a toxicology test on Navalny’s samples which "provided undeniable evidence of a chemical nerve agent of the Novichok group."

Russian opposition figure Alexei Navalny fell gravely ill during a flight from Tomsk to Moscow on 20 August. After an emergency landing in Omsk, he was rushed to a local hospital where doctors fought for his life for the next 44 hours. Navalny went into a coma and was put on an artificial lung ventilator. According to Russian doctors, they did not rule out a possibility of poisoning from the very beginning but after multiple tests were conducted, they came to the conclusion that Navalny's condition was caused by an abrupt drop of glucose levels in his blood due to a metabolic imbalance.

On 22 August, Navalny was transported to Berlin for further treatment at the Charite clinic. German doctors claimed that they had found traces of a substance from the group of cholinesterase inhibitors in his system. However, the Russian doctors denied this claim, citing his initial test results.