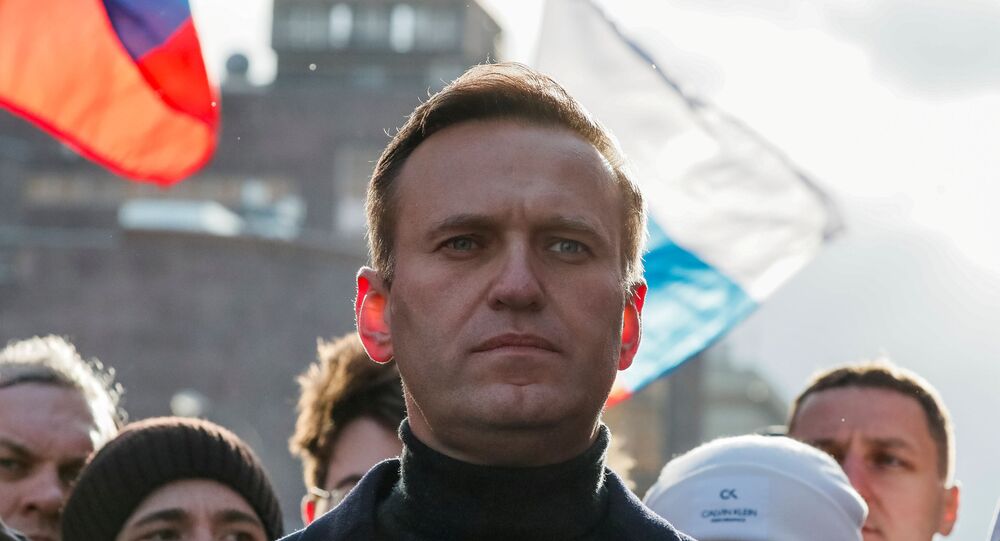 Russian opposition figure and blogger Alexei Navalny was flown to Germany from Omsk, Russia, where he was hospitalised on 20 August after falling gravely ill. Russian doctors waged an interrupted battle for 44 hours to save his life.

A spokesman for the German government claimed on Wednesday that tests showed that Alexei Navalny was poisoned by a nerve agent of the Novichok group.

"At the request of the Charite University Clinic Berlin, a Bundeswehr laboratory ran a toxicology test on Alexei Navalny’s samples. It provided undeniable evidence of a chemical nerve agent of the Novichok group," a statement by Steffen Seibert read.

The spokesman added that the country's foreign ministry will summon the Russian ambassador to inform him about the test results.

Germany will also notify its partners from the European Union and NATO to work out a common response, the spokesman added.

Responding to the claim, Kremlin spokesman Dmitry Peskov clarified that Berlin hadn't informed Moscow about its conclusions regarding Navalny's alleged "poisoning" with Novichok.

At the same time, Leonid Rink, one of the developers of Novichok said that Navalny's symptoms don't resemble those that occur after poisoning with the nerve agent.

"There would be convulsions and so on. Completely different symptoms," Rink said.

On 20 August, Russian opposition figure Alexei Navalny fell gravely ill during a domestic Russian flight. Following an emergency landing in the Siberian city of Omsk, he was taken to a local hospital where, according to an open letter published by regional doctors on Wednesday, he arrived just 17 minutes after landing.

For the next 44 hours, doctors waged an uninterrupted fight to save his life, as he went into a coma and was put on an artificial lung ventilator.

On 22 August, Navalny was flown to Berlin for further treatment. German doctors claimed that they had found traces of a substance from the group of cholinesterase inhibitors in his body, which the Russian doctors denied, citing his test results.

On 26 August, the Russian medics published an open letter objecting to the criticism they have faced after Navalny's transportation to the German clinic, describing the situation around the activist as a "political diagnosis."

Who is Alexei Navalny?

Alexei Navalny, a Russian opposition figure, is the founder of the Anti-Corruption Foundation (FBK), which has made numerous investigative movies about Russian officials, including former Russian Prime Minister Dmitriy Medvedev, accusing them of corruption. All of the people featured in the videos have denied Navalny's claims.

In December 2016, Navalny, who has repeatedly been arrested and was even briefly jailed in July 2013 on embezzlement charges, announced his decision to run for the Russian presidency during the 2018 election, but was barred from doing so by Russia's Central Electoral Commission due to his previous convictions.

© Sputnik / Valery Melnikov
German Justice Ministry Receives Russian Request for Legal Help in Navalny Case
In August 2019, the Investigative Committee of Russia summoned several FBK employees for questioning over a money laundering case and announced it had ordered a freeze on the FBK's bank accounts.

The authorities launched a criminal investigation into the laundering of around 1 billion roubles ($15.3 million), obtained via criminal means. As a result, in July 2020 Navalny said he would close the foundation.