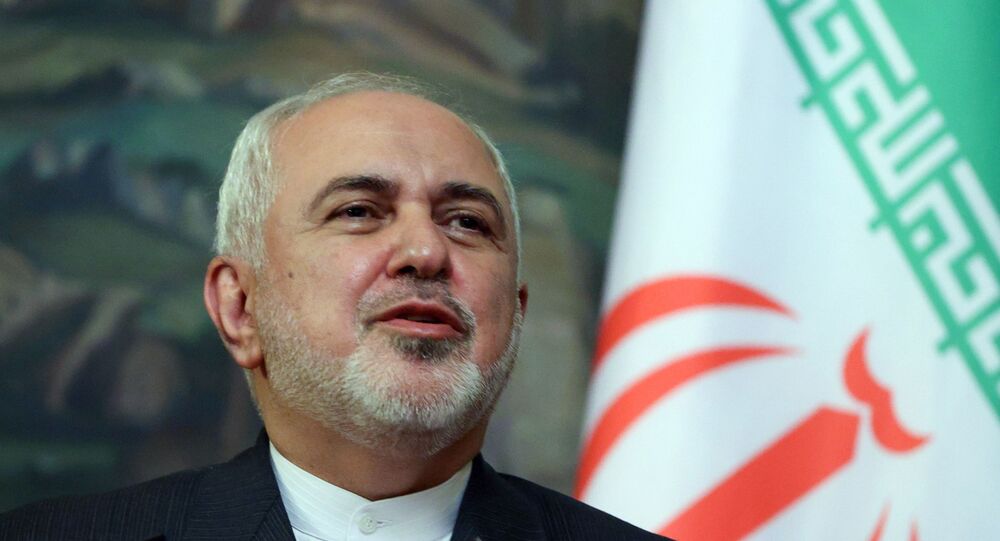 Known in the international arena for his sharp tongue, Iran’s Foreign Minister Mohammad Javad Zarif has on various occasions expressed his distaste with the US foreign policy and has done so in articulate way.

One of the most recent comments by Zarif, which he shared on his Twitter page, criticized the US Secretary of State Mike Pompeo, whose "lawless bullying leaves US isolated again."

Zarif was referring to the Washington’s decision to initiate the process of reinstating all UN sanctions on Iran. Pompeo notified the United Nations of his government’s intent on 20 August.

While US prevented a Sec. Council debate about its unlawful notification on Friday, members in today's meeting on ME refuted U.S.’ attempt as null and void.

Time for @realDonaldTrump to stop listening to novice bullies. pic.twitter.com/nHrRUzlj7N

​"While US prevented a Sec. Council debate about its unlawful notification on Friday, members in today's meeting on ME refuted US’ attempt as null and void," Zarif said.

In an interview, following Iran dismantling parts of its nuclear program in 2016 in accordance with the Joint Comprehensive Plan of Action, Zarif spoke out against the possibility of new sanctions by the US.

Commenting on the US’s decision on Iran’s missile tests, the Foreign Minister said that the problem with the US is that “it believes it can control everybody’s behavior.”

“The missile tests are our right. We have made it very clear that these will not be used other than in self-defense. They’re not designed to be capable of carrying nuclear weapons. What do you expect, Iran to lie dead? You’ve covered the Iran–Iraq war, you remember missiles pouring on Iranian cities with chemical weapons. You remember that we didn’t have any to defend ourselves. Let’s not reopen that chapter…” Zarif said.

Another comeback from Iran’s top diplomat was triggered in 2019 by Washington’s ongoing plan to ratchet up sanctions. Zarif had a go at the US president, saying:

"President Trump cannot expect to be unpredictable and expect others to be predictable."

He suggested that “mutual unpredictability will lead to chaos” when speaking at the Stockholm International Peace Research Institute (SIPRI).

In his speech he warned that Tehran may act “unpredictably” in response to the United States' "unpredictable" policies under Donald Trump.

A Twitter spat between Donald Trump and Mohammad Javad Zarif that took place in January 2020 marked another occasion when Iran’s Foreign Minister fended off the US president.

Donald Trump took to Twitter to comment on Zarif’s statement in an interview to Germany's Der Spiegel magazine. In his response to Der Spiegel’s questions, Zarif said at the time that when asked by Der Spiegel he would "never rule out the possibility that people will change their approach and recognise the realities." He was referring to possible negotiations with Washington, following the killing of Iran's military commander, Gen Qasem Soleimani, by a US air strike in Iraq.

"No Thanks!" the US President tweeted.

Iranian Foreign Minister says Iran wants to negotiate with The United States, but wants sanctions removed. @FoxNews @OANN No Thanks!

​A comeback from Zarif condemned Trump’s understanding of his statement:

.@realdonaldtrump is better advised to base his foreign policy comments & decisions on facts, rather than @FoxNews headlines or his Farsi translators

To be better informed, he can read my entire interview (in English) https://t.co/eZR8NzuWXV

Too many words? Then just read this: pic.twitter.com/URkbUll49P

Speaking about Donald Trump’s comments regarding the restart of the negotiations between Washington and Tehran, Zarif said that the US president must be daydreaming to make remarks about bringing Iran to the negotiation table.

"He has not yet backed down and says ‘if I’m (re)elected, I will bring the Iranians to the negotiating table’," Zarif said.

The US has so far failed to gain support of the UN Security Council to reimpose international sanctions against Iran. On August 20, 13 of the Council's 15 members abstained from or voted against the US resolution to reimpose restrictions.

Mohammad Javad Zarif has served as Iran’s Foreign Minister since 2013. Educated in the US, Zarif resigned from his post in February 2019. However, his resignation was rejected by President Hassan Rouhani, leading to Zarif continuing to represent Iran on the global diplomatic arena.