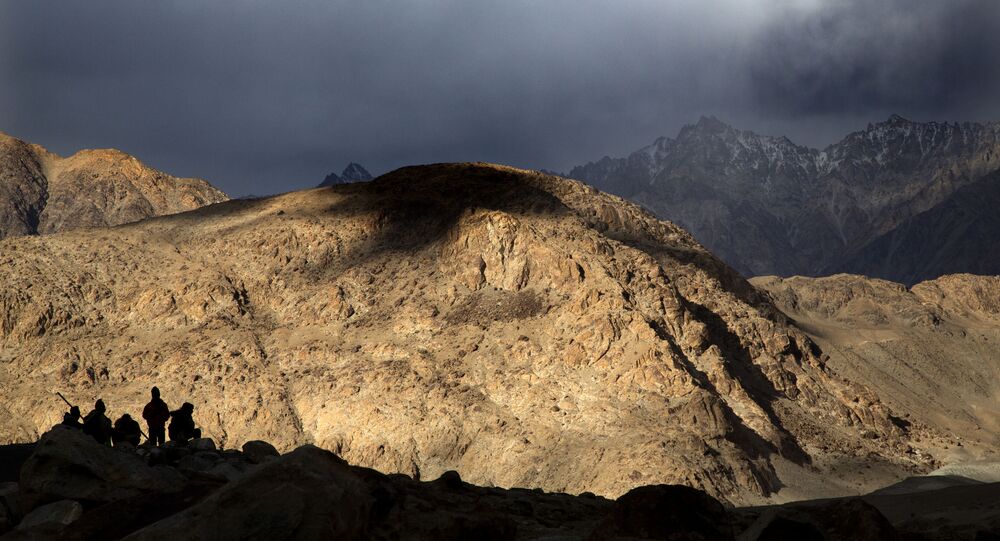 India and China have accused each other of crossing the loosely demarcated Line of Actual Control in Ladakh since 29 August when the two sides were involved in a skirmish in the Chushul Valley.

As tensions simmers in the eastern Ladakh region, the Indian Army has categorically denied reports that its troops have managed to occupy the ridges at Pangong Tso.

“Reports of Indian troops occupying heights at Finger 4 are not correct. As part of the precautionary deployment carried out on 30 August 2020, some readjustments of our positions on North Bank of Pangong Tso Lake on our side of LAC had also been carried out,” the Indian army said on Wednesday.

The clarification comes hours after local media reported that specialised units of the Indian Army had managed to “reach dominating heights” and establish firing posts above People’s Liberation Army positions.

The Line of Actual Control passes through the Pangong Lake area in eastern Ladakh which is marked is by fingers 1 to 8. India controls the western portion of the 45-km long lake, while the rest is under Chinese control.

© AFP 2021 / Tauseef MUSTAFA
India Reportedly Deploys Troops to Arunachal Border Amid Boiling Tensions With China in Ladakh
The spurs of the mountain range on the northern bank of Pangong Tso jut out towards the lake like a palm, with the protrusions looking like fingers. They are demarcated on the maps as 'Fingers'.

Since April, when the current border tension erupted, China has dominated an eight kilometer area between Finger 4 and Finger 8, which are situated within the Indian side of the Line of Actual Control.

The two sides have been engaged in military and diplomatic level talks to diffuse the tensions at Pangong Tso and Depsang plains but the recent flare-up in the Chushul Valley has derailed a previous agreement reached between the two Asian giants on 23 July.